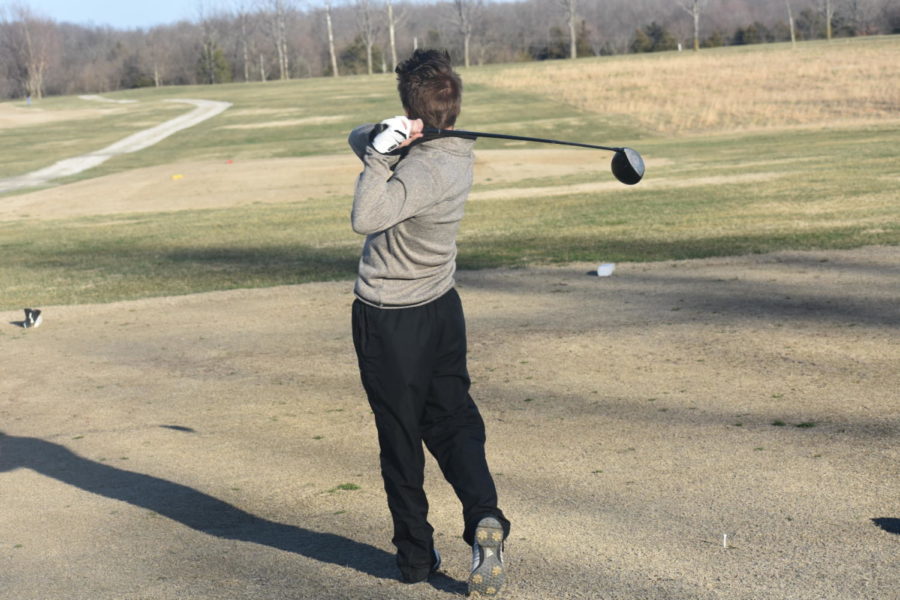 Monday, May 7th at Rolling Hills Golf Course in Versailles, Class 2 Boys Golf Sectionals took place from 9 am until 10 am. The Fair Grove Golf Team took five competitors to the Sectionals Tournament: Shain Lahey (11), Gavin Peterie (10), Jaden Kensinger (12), Kamron Stacey (11), and Thomas Bruemmer (12). The team placed third in the tournament shooting a 359 overall which was the team’s second best score of the year. The team score is calculated by adding all of the players scores together. Individual scores are determined by how many times the golfer had to swing their club to finish the course, therefore, a lower score is better than a high one. This means that the whole team did very well at the tournament. “I was very pleased with this, we did not advance to state as a team but having our team play this well at our most important meet of the season is satisfying,” said Bryan Tucker, Coach of the Golf Team.

Although the golf team took third place behind California’s Golf Team and Mount Vernon’s Golf Team at the Sectionals Tournament, two Fair Grove golfers advanced to Golf State on their own. Fair Grove Senior Thomas Bruemmer shot his second best score of the season with an 87 taking 11th place and moving on to State. Sophomore Gavin Peterie also advanced to the state meet shooting a score of 89 and taking 16th place. Thomas Bruemmer (12) stated, “At Sectionals, I shot my second best round of this year, but I still could have taken several strokes off of my game,” adding, “I feel very accomplished by going to state, especially since this is my last year golfing at Fair Grove.”

Coach Tucker says he is excited for next year’s season and hopes that the golfers will play as much as they can over the summer and improve their scores. The Golf State tournament is May 14th and May 15th in New Bloomfield.