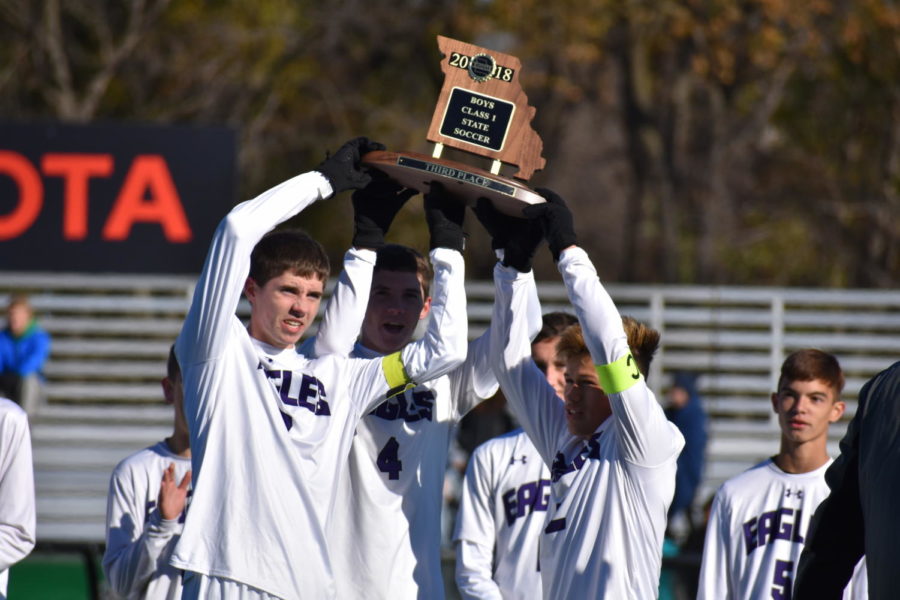 Sports for the fall season have come to an end, and at the end of the season players are selected to receive awards. Coaches are allowed to enter players for these awards and then they are voted on by the coaches. Awards were given to players on all Fair Grove sports teams this fall.

Volleyball had five girls selected for awards. All-District players were Alana Findley (12), Sidney Hill (12), Shannon Collins (12), Ryah Icenhower (12) and Harley Maxwell (12). These girls were also awarded with All-Conference awards and Maxwell received an honorable mention. Findley and Hill were selected for the All-State team. Fair Grove Volleyball will have All-State Academic girls too, those will not be released until the first of year.

Fair Grove Cheer will also have a few girls who made Academic All-State. These names will not be released until the spring. This year cheer placed fifth at state.