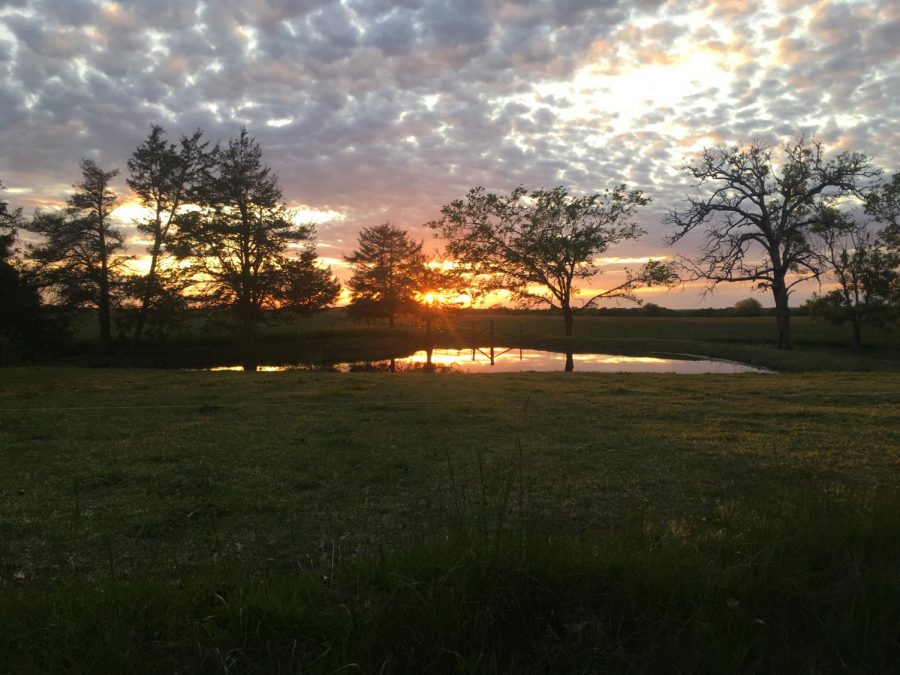 Photo taken by Devon Miller at a Fair Grove residence.

Daylight savings time is a yearly occurrence in the United States involving the loss or gain of an hour of time, and is beginning to become a relatively debatable topic.

Another commonly accepted opinion of the masses is that Benjamin Franklin is the father of daylight savings time. Although Franklin did indeed have a similar idea that he proposed to France to “diminish the cost of light”, where French citizens just got out of bed earlier. Franklin meant this only as a joke towards the French and did not have much to do with enacting daylight savings time in the United States.

When daylight savings time was first enacted during World War I the purpose was to conserve energy. If the day during the summer was made “longer” then more citizens would spend their time outdoors and therefore use less energy by having lights on indoors. This, inturn, would allow for less energy to be used by civilians and more energy to go towards the war effort. This same strategy was enacted during World War II and later was made permanent.

Now, so many years after the enactment of daylight savings time, individuals are beginning to wonder if it is really necessary. Junior, Abigail Gilmartin, stated, “It is too much of a hassle to turn back clocks… Arizona already has no Daylight Savings Time, why not the rest of the country?”

Fair Grove Communications Arts teacher and head of the Scholar Bowl team, Michelle Wahlquist, countered, “I think I would be against making the move to eliminate daylight savings time. Personally, I like the ‘longer’ days of summer.” With daylight savings time recently occurring, this might be one of the last.