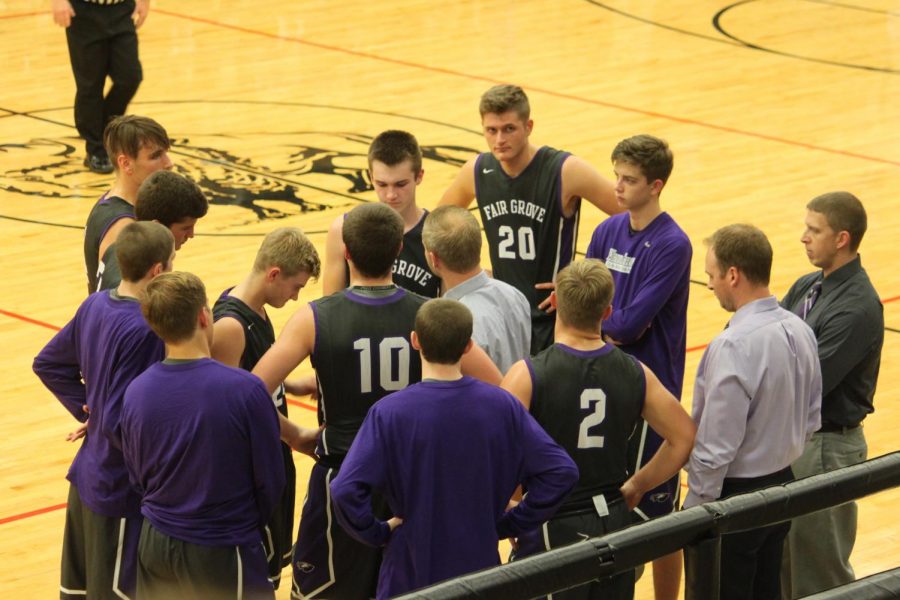 Fair Grove Boys Basketball kicked off with their season with tryouts on November 3rd; their first game will be on Monday, November 29th.

This season is looking very promising for the boys basketball team. Students on the team seem to be very excited for their upcoming season and very optimistic about their abilities. Devin Carroll (12) said, “I’m expecting our season to go pretty well. I think we can definitely have a 20 win season and hope to put 2 more banners up on the wall with conference and district champs.”

Only 12 boys came to tryouts, but there were many others excused due to other sports conflicting with tryouts such as soccer and football. After football was over, they had about 23 people at tryouts while still missing people who play soccer for the high school boys team.

Basketball is an extremely team-based sport and communication is key to having a successful season. Every player has to work together to be a team and give each other positive feedback and communicate effectively on and off the court. Carroll shared, “I like playing basketball because of the comradery that comes with it. It’s very much of a team sport and one in which all the teammates have to come together and be in sync. We all have each other’s backs when it comes to being on the floor and we’re all one team together. When this happens, it’s a really cool thing to be a part of.”

Carroll has been on the team since his freshman year. He recalled, “My favorite memory from basketball is probably beating Sparta in the district quarter finals last year. There was a lot of stuff that was going on off the court between us and Sparta so it felt really good to get the win.”

This year’s group of senior basketball players are a special group to boys basketball coach Brendan Carroll. He said, “I’m looking forward to working with this group of guys. I’ve actually been coaching the seniors (head or assistant coach, school or off-season basketball) since they were in elementary school, so it’s great to be with them in their final year of Fair Grove basketball. They’re a special group to me.”