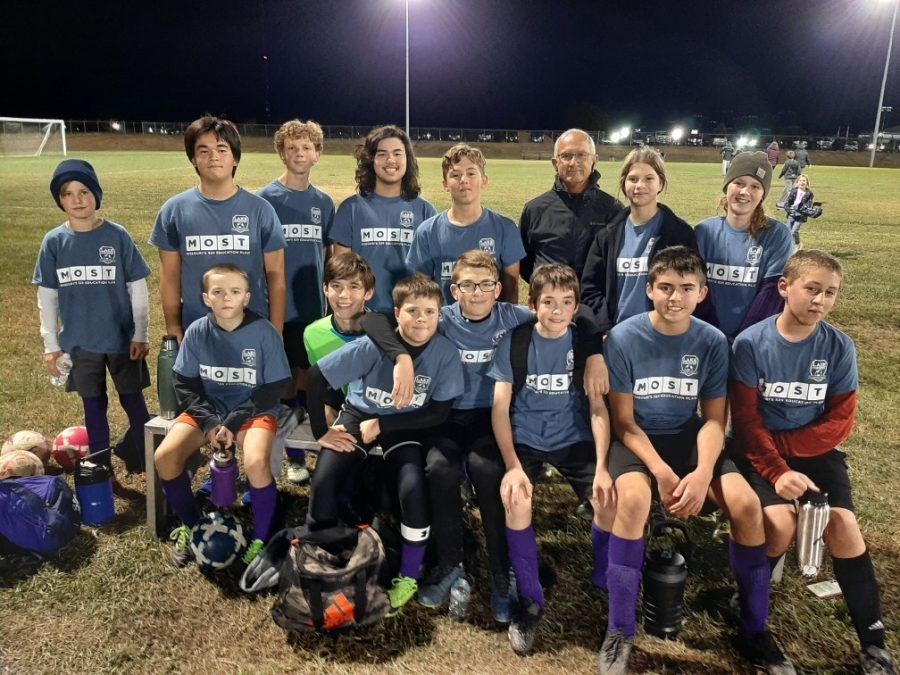 Fair Grove is growing and evolving as demonstrated by the middle school’s soccer season that recently ended. The opportunity to even play at that age hasn’t always been a possibility at Fair Grove. This year, middle school boys, and a few girls, were able to not only play but become competitive in their class as well. With Bob Florez as their head coach, they made great strides compared to previous years. They went 500 this season meaning they won as many games as they lost.

This particular group has been together over two years. There are sixteen students playing on the team. Among them are students ranging from grades 5th all the way to 8th. They vary in coursework and extracurricular activities but soccer brings them together. They are miles away from where they  originally started. They prepared for this years season as they had before by eating healthy and running a lot. Soccer requires a great deal of conditioning and stamina to be successful at, so being physically fit is important.

They practice about once a week. Group participation in practice is extremely high this year. Bob Florez, the head coach, shared,“It’s great to work with a group of athletes like this who listen and work hard at practice.” As the season progressed so did their skills and teamwork. They also formed a close bond with all the time they spent together.

Cheyenne Miller (8), one of the two girls on the team, explained, “My favorite thing about my team is that there isn’t any drama…everyone is also supportive.” This is a soccer team with players that generally want to improve and lift each other up. They work hard as well as play hard.

Even while playing against more experienced teams, they have managed to impress. Their teamwork and skills are noted as exceptional by their coach. Florez declared, “…it’s a great group of student athletes and I sure enjoy working with them. I’ve done this over 40 years and this group is very special.”

It was a positive environment where mistakes were allowed and not looked down on. Miller explained, “When I first started soccer I wasn’t good at all and didn’t know any plays, but instead of telling me that I needed to get better they told me what I was doing and how I could fix it.” They worked hard on their own, going above and beyond and building strong friendships along the way.

Soccer does not hold the same appeal that many other sports at Fair Grove do for athletes. However, those who play on high school teams see it’s merit and play out of love for the sport. The middle school team is no different. Miller stated, “I enjoy soccer more than other sports because I am better with my feet than my hands and it keeps you healthy and strong. It is a very popular sport, maybe not in America, but all over the world and brings people together.”

While their outdoor season has finished, their indoor soccer season has just begun. They will continue to work hard and improve. There are four younger players (two 5th graders, one 6th grader, and one 7th grader) who will remain on the middle school team giving it experienced players for future years. And of course, Fair Grove will be seeing more and more of the twelve 8th graders as they join the high school soccer teams and become assets to Fair Grove’s soccer programs.