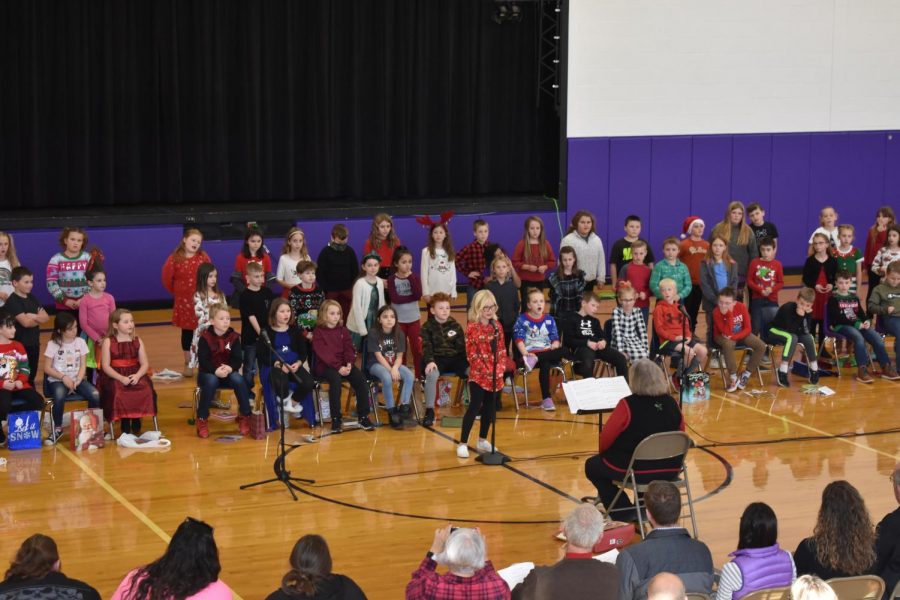 The third graders of Fair Grove Elementary prepared for and performed their annual Christmas program in the Upper Elementary gym on December 20th, 2021.

The 3rd graders had been waiting for their chance to sing their Christmas songs. They sang classic carols with a new spin; they are known as “Crazy Carols”; carols that are arranged with new lyrics. A couple of examples of these so called “Crazy Carols” would be They Test You Very Gentlemen and Clean The Halls.

Kennedy Waltz, a third grader that participated in the performance, revealed that she had been both excited yet nervous for the concert. She also had said that out of all of the songs they sang, “The First Snowfall” was her favorite. She was excited about her singing part, and she also said that her favorite part about the concert would’ve been, “Probably getting to sing.”

Tegan Johnson, a fellow third grader who performed, mentioned that his favorite part was, “Probably that we get to dance and be free.” He also brought up that his favorite song they sang would have been, “They Test You Very Gentlemen,” but he enjoyed the music including his speaking parts.