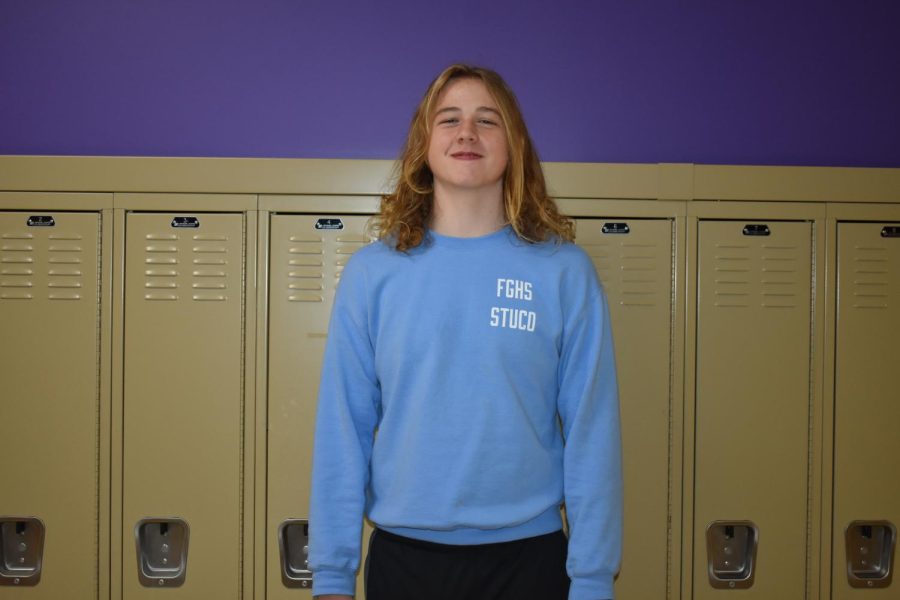 Fair Grove’s club FCCLA is having a member run for a regional officer position for the first time in eight years. Seth Hardison (10), the club’s president, is taking the challenge.

FCCLA stands for Family Career and Community Leaders of America. This organization is very focused on helping families and paving the way for the future of young adults. So far, FCCLA has been involved in running the Santa’s Workshop for Fair Grove Elementary students for the first time in the club’s history and has sold cookies during the annual Fair Grove Christmas Parade. These events were planned by the FCCLA president, Seth Hardison.

Hardison was the FCCLA vice president last year and plans on staying in the club for his entire high school career. As president of the 2021-2022 group, he plans events, fundraisers, and runs the monthly group meetings. Hardison explained, “I enjoy FCCLA because of all the things we do for the school and the community. I love to put a smile on peoples faces and FCCLA is a great way to do that.”

Darci Friberg is the advisor who is in charge of organizing the group and working with the FCCLA cabinet. Friberg believes that Hardison has done a great job leading the group and it’s events as well as increasing the clubs popularity and attendance. “He presides over the meetings and encourages club participation. He has also been instrumental in recruitment, we are now 27 members strong,” stated Friberg. Now, Hardison has decided to get involved on a bigger scale.

Hardison will be running for an FCCLA regional officer position on January 21st, 2022 at Missouri State University. He has made many preparations for the upcoming officer election such as attending the Region 10 Life Skills Fair at MSU and the State Fall Leadership Conference. “Seth is self-motivated and outgoing. He asked to run for office; I am simply here to support him as he works through this process. He is more than capable of fulfilling the responsibilities of the office,” Friberg said.

As a regional officer Hardison will bring Fair Grove’s FCCLA group to work on larger scale projects with other schools in the area. The regional cabinet will tackle larger problems and plan larger scale activities than the school program would be able to. Friberg expressed, “Anytime a student holds a regional office it naturally makes the club more active beyond the local level.”

Fair Grove hasn’t had a member involved in regional activities in eight years and Hardison plans to change that trend. “I want to do something at this school that someone hasn’t done in a long time and this would be a great way to leave a small lasting legacy on this amazing school,” declared Hardison.

“Seth is a leader that other members are watching and will want to emulate. This is hopefully the start of a long line of future regional officers,” Friberg stated.

The results of the FCCLA election will be announced shortly after the January 21st meeting at MSU.