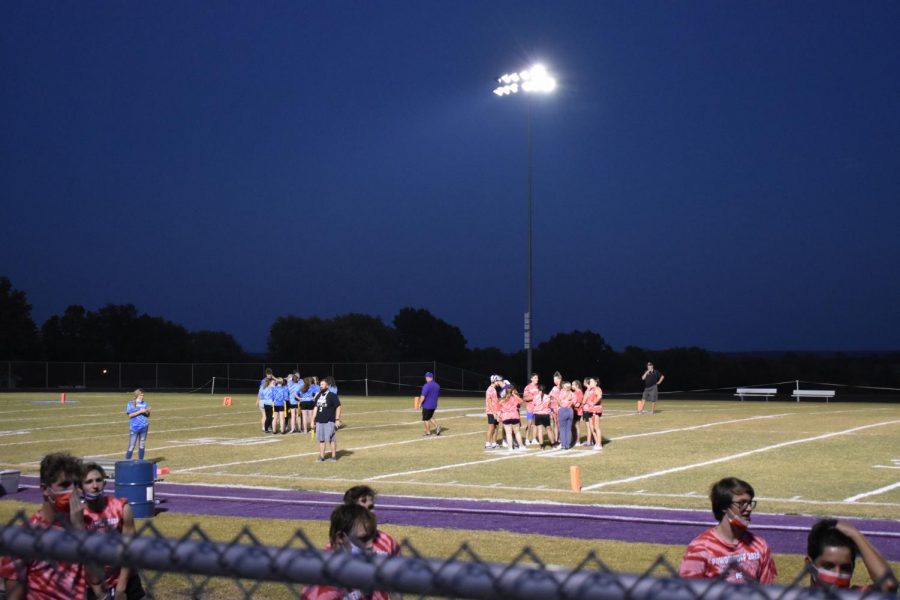 Heart to Heart is a non-profit, non-denominational Christian organization that feeds Fair Grove, MO children and families in need. Powderpuff helps raise money a few different ways. At Fair Grove High School in the 8th hour, Fair Grove hosts a money collection competition. Students bring money to donate and the 8th hour with the most money raised gets a prize. Fair Grove also had a hat week, raffle tickets, and the admission money to get into the game was donated to the non-profit organization. Fair Grove has been doing this for Heart to Heart for years.

Powderpuff used to be during school hours but it was moved to after school hours. This was done to protect class time and to make the event open to more of the community. Fair Grove wanted to give the event more purpose. They were able to make it more of a community pep rally.

The two teams that participated in the football game were Disney and Pixar.

Savanna Luna (10)  participated in the event. She played for team Disney. Savanna stated, “I played Powderpuff because it seemed fun to play a sport that I’ve never played before and it was a fun experience.” A player for team Pixar, Lauren Thomlinson (10) also states, “I played in Powderpuff because it’s always a great experience and I love the energy I had when I played. I get pumped up to play cause I never get to play football usually.”

Lauren said that the most difficult part of the game was remembering the plays and her position. Lauren’s plan was to win the game and to complete the passes and not to fumble the ball. Lauren said she had been practicing catching days before the game to prepare since she was a wide receiver. Pixar’s team prepared for the game by having multiple practices and going over lots of plays to make the team understand what to do.

Savanna said the most difficult part of the game was remembering the plays and the terminology of the game. Savanna stated, “My plan going into the game was to win and try my best to remember every play, and catch every pass.” Disney prepared for the game by having the coaches printing out the plays to help the team study them before the game and have multiple practices.

The final score of the game was 30-12 with team Pixar coming out on top.