FGHS Band Plans for 2021 with a Trip to Cincinnati 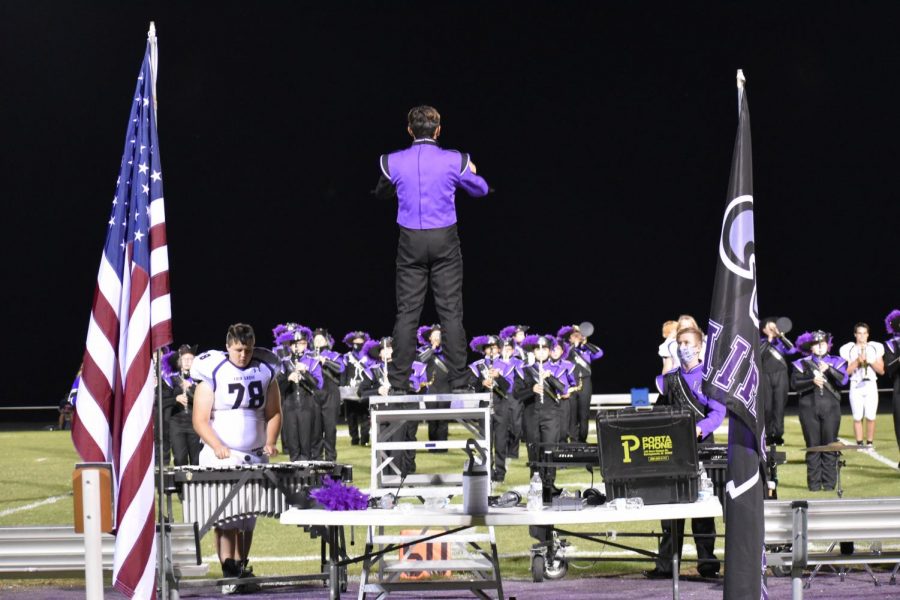 The band’s trip originally was scheduled for all members to travel to Chicago, Illinois for this summer. However, along with many other activities, it was cancelled due to the global pandemic. Fair Grove Band Director, Natalie Palomo, is already planning the upcoming trip to Cincinnati for her upperclassmen band members. “The new trips are split into two: the upperclassmen will go to Cincinnati, Ohio in 2021, and the underclassmen will go to New York City in 2023,” Palomo explained, “The upperclassmen will be going to the Air Force Museum, a baseball game, on a dinner train, and to Kings Island (an amusement park), along with miscellaneous other activities.”

Senior, Nate Brigman, an eight year band member and five year marching band member, is mostly looking forward to going to the theme parks, spending time with his friends, and just having a good time on the trip to Cincinnati. However, the trip is not the only thing Brigman is excited about for band, “The trip is obviously something I’m looking forward to greatly, but I’m also excited for concert season and playing in the pep band at basketball games as well.”

Brigman is disappointed that the whole band will not be able to travel to Cincinnati, but he believes that it will be fun to have a smaller group attend because it will allow the band to do some different activities than they would as a big group.

Nicholas Kandlbinder, a senior as well as an eight year band member and five year marching band member, explained that the trip was changed due to a vote made by the upperclassmen. They had the choice between three places, Cincinnati, Branson, or Nashville. Kandlbinder is most looking forward to, “…The day we [upperclassmen band members] spend at an amusement park then go out for dinner on a train that is 1940s inspired,” along with the tour of the Indianapolis Motor Speedway, which is where the Indy 500 is held. However, he is disappointed that they missed the activities planned in Chicago, such as seeing a Chicago Cubs game.

Band members and the director are disappointed that the whole band will not be attending, and will not be able to perform together, but are looking on the bright side of things and are glad to be planning another trip. The band trip to Cincinnati, Ohio for the upperclassmen is scheduled for June 1st through the 4th, 2021. The underclassmen will also have the opportunity to go to New York City in 2023. 9