Events to Not be S.A.D.D. About 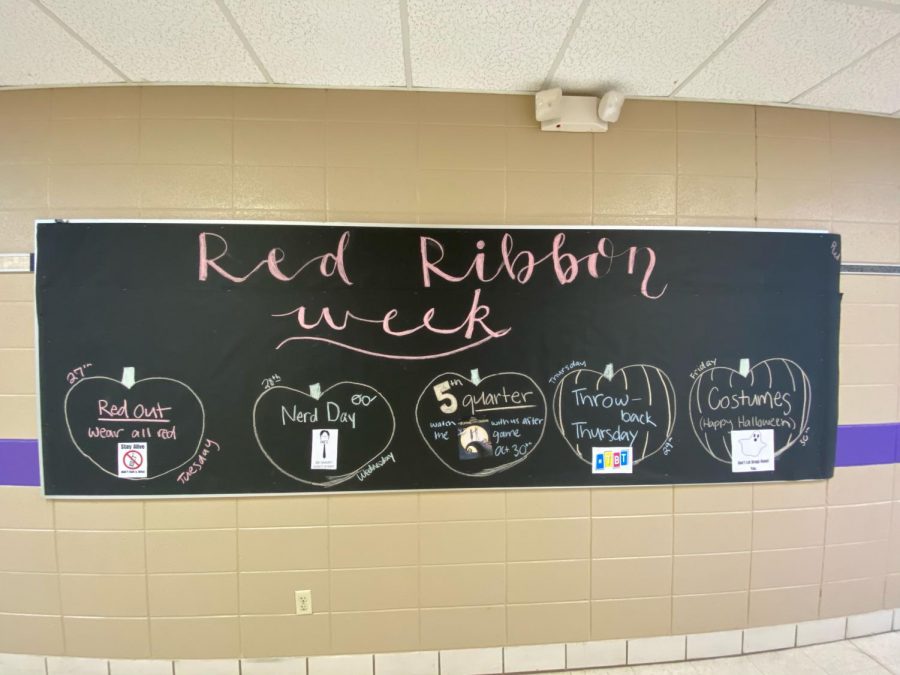 Red Ribbon Week themes in the hallway at FGHS

Student Against Destructive Decisions is planning many events for the students of Fair Grove High School to attend. Events appearing soon will be Red Ribbon Week, S.A.D.D kickoff, and their first club meeting in November.

Red Ribbon Week is an alcohol, tobacco, and other drug and violence prevention awareness campaign that takes place annually in October. Fair Grove School shows awareness against these destructive decisions by creating themes for each day of the week.

Another event that the S.A.D.D club and its officers are hosting is the S.A.D.D kickoff in which all previous members and new members that would like to join are invited to. Due to the COVID pandemic, the club is unable to have a large kickoff with contact. So instead of playing a game that requires lots of physical contact, as done in previous years, Zoey Hupman (11), a club officer, commented that the members will be watching the “Nightmare Before Christmas” as well as stating that the movie will be interactive for the students. This kickoff will take place on the 30th of October.

During the month of November, the S.A.D.D club will be hosting the first official club meeting. The meetings are unable to be a large gathering, however, many students of the school participate in this club, so the officers and sponsor, Jon Foster, have had many struggles to get around. The meetings are continuing to be held in the high school gym according to Anna Newlin (11), a club officer. Newlin exclaimed, “I’m looking forward to having fun events and meetings again!”