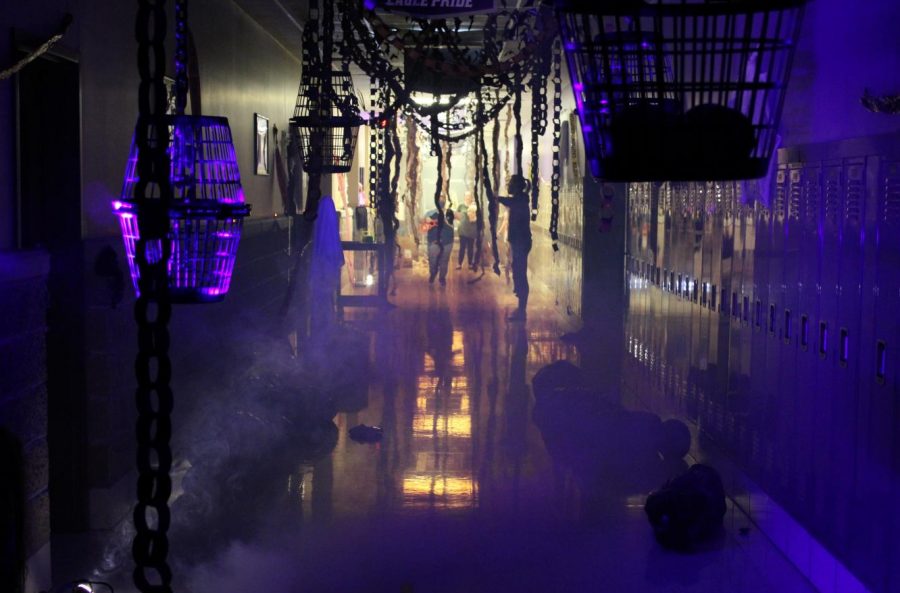 Photo of the Haunted Hallway

The Haunted Harvest is something that Fair Grove Middle School does every year for Halloween, also known as Fright Night.

This year’s Fright Night was supposed to be on Thursday, October 29th, but instead was postponed to Wednesday, November 4th.

The Fright Night event takes a while to plan for, they have to think of ideas of what games, food, and how to make the “Haunted Hallway.” Martin explained, “We have been working on Fright Night for the last month or so. The day of the event we have less than 20 minutes to make it all happen, including the Haunted Hallway.”

The Haunted Harvest included games such as laser tag, spikeball and ping pong. There was also an attraction called the “Halloween Treat Walk.”