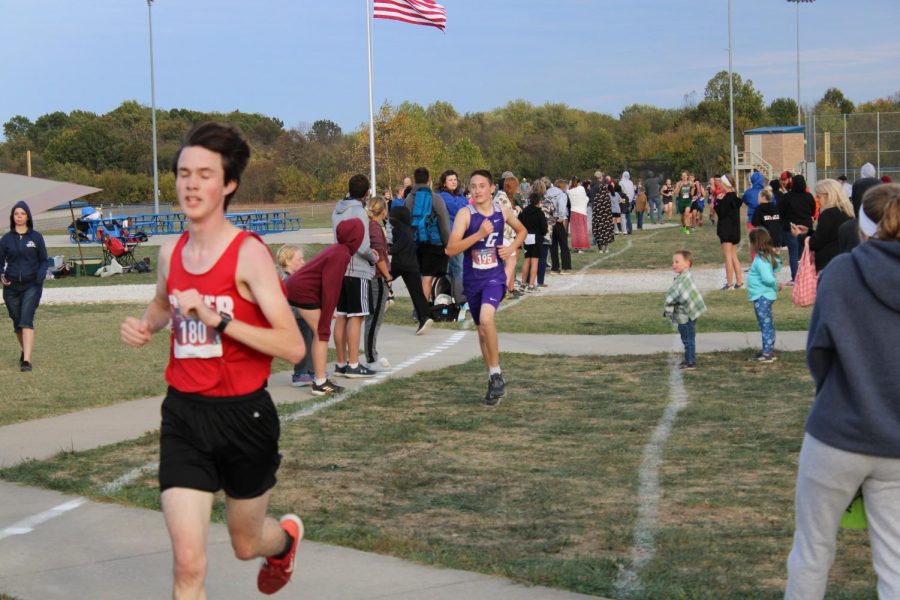 This year’s cross country district meet was held in Hermitage and Fair Grove had many individuals end the season qualifying for state.

Mr. Supancic, the cross country coach said, “The team was looking very strong going into districts. We had 2 varsity boys qualify for state, Liam Draper and Luke Buescher were able to qualify as they placed top 15 in their race. Other runners posted strong times and were able to still place well in their last race of the year.” It was a good year for the cross country runners, as Mr. Supancic also stated, “All of our runners have improved their times from the first meet to the final meet. All 11 varsity athletes set new personal records.”

Cross country differentiates from other sports in many ways. Practices and competitions are much different compared to other sports. Mr. Supancic stated, “A full team in cross country has anywhere from 5-7 runners of each gender. Schools only compete in a handful of events, usually less than 10. Each practice consists of running both long distance and sprints. Some of the long days can range from 4-10 miles of running while the short days consist of hill sprints, interval runs, workouts that strengthen the legs and core, and shoulders to improve form and speed. All of these little things add up and contribute to faster race times and higher placements at the meets.” This all went to show as varsity cross country runners were able to set new personal records.