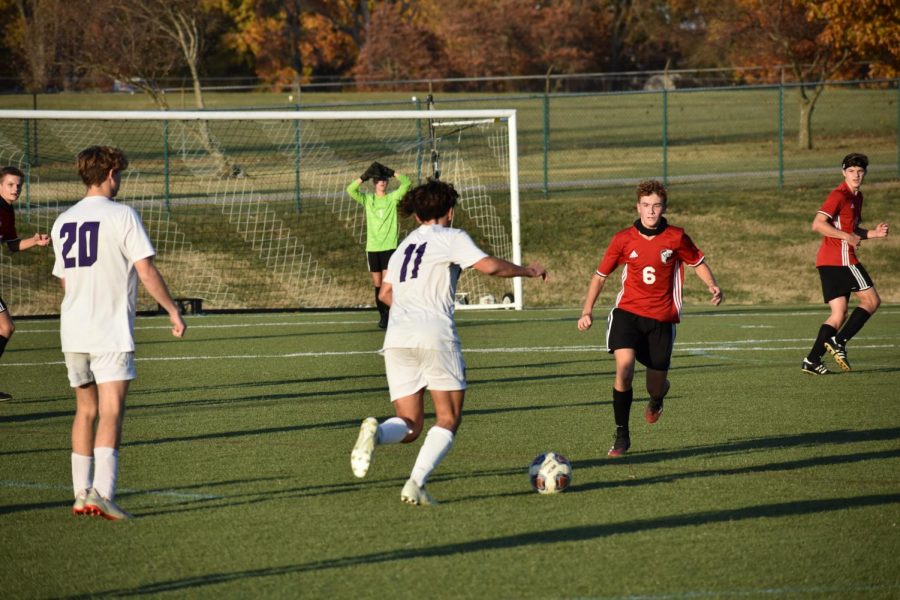 Assistant Coach Travis Joy stated that he is proud of the way the team played. He continued, “Our goal is to reach the district final and at the very least finish second.”

COVID didn’t bring the about the only changes this year for districts. Joy explained, “Our district has changed with Laquey and Richland being added, and Thomas Jefferson and College Heights forming one team, and it was a nerve racking time because any team could have to unexpectedly forfeit due to COVID.”

Coach Matthew Novak added that he is incredibly proud of the way the boys played. “They came in confident, played confident, but just didn’t get the result they wanted,” he said.

Both coaches believed that the team had improved significantly since last season. “All the guys stepped up in their own way,” Novak explained, “I think the defense in particular stepped up the most.” When asked to elaborate on players, Novak called out Eli Edwards, Preston Kotheunbeutel, Stephen Dunham, and Esais Baird.

Both coaches believed that there is plenty of room to improve, however. Novak put most emphasis on communication and work effort. “They have the skills, they just need to work on them and work hard, next year’s upperclassmen will be a good group to watch.”

Novak will not be returning next year. He stated, “After talks with administration, we felt like it was a good time to part ways, and it made sense for a teacher that can build the relationship during the day with the students should be coaching these kids.”

Novak will not be returning for the 2021 girls season either; however, he said he would be willing to help as much as he is needed. Fair Grove was his first coaching job and will always hold a special place in his heart.