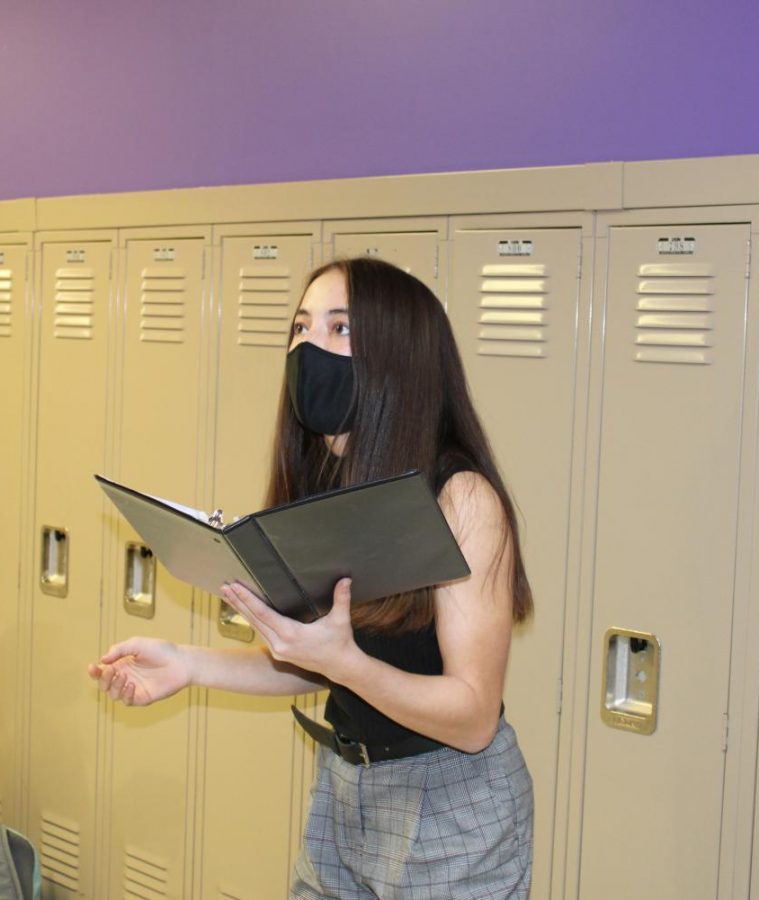 Fair Grove High School’s Speech and Debate team is transferring all tournaments onto a virtual platform due to COVID-19 this school year.

COVID-19 has made many changes to school activities, Speech and Debate being one of them. Instead of traveling to tournaments at different schools, their tournaments have transitioned to uploading their performances online.

Mrs. Amy Holland, Speech and Debate sponsor, shared, “The virtual nature of the tournaments has taken away from some of the excitement of attending in person tournaments and waiting for scores to come in and results to be posted but it has also taken away some of the stress involved with an in person tournament.” The Speech and Debate team will upload their performances onto a website where their performances are judged. President of Speech and Debate, Cooper Zumwalt (10), stated, “I think it has been a hard adjustment for all of us, but we are definitely getting to a good place. By only recording your entry, you almost lose that adrenaline that drives many of our team members to do so well.” The Speech and Debate team continues to persevere through these challenges and have completed their first tournament.

Speech and Debate works hard on their performances. “We spend a lot of time reading pieces and researching topics, we write and prepare events, memorize material and practice presenting our pieces,” Holland said. “Students also assist each other in rehearsing and provide critiques of each other’s performances.” In their first tournament, there were 900 entries and 53 schools in attendance. Addison Zittle (9) and Nico Jenkins (9) competed in Duo Interpretation and placed 2nd, and Oakland-Wayne Morrison (9) competed in the Program of Oral Interpretation and placed 4th overall. Zumwalt has high hopes for the team as they continue competing. “Our first tournament was a little rough due to some unpreparedness, but we are in the process of our second tournament which I think will go extremely well!” he shared. For some students, Speech and Debate is more than a club.

Zumwalt encourages students to join Speech and Debate, saying that the department is “very laid-back and accepting” and judgement free. “Speech is an amazing community in which you can finally find your voice and the things that matter to you,” he stated, “and this community gave me and many others the opportunity to share our stories, which will make an impact for years to come.”

The Speech and Debate can go further than competition. Holland explained, “Speech and Debate is beneficial academically because it provides students with an opportunity to develop skills in research, critical thinking, organization and persuasion. It can also benefit students in many other aspects of life as it helps them be better communicators.”

Speech and Debate meets on Tuesdays, 3:35-5:30 pm and is open to anyone who wishes to join.