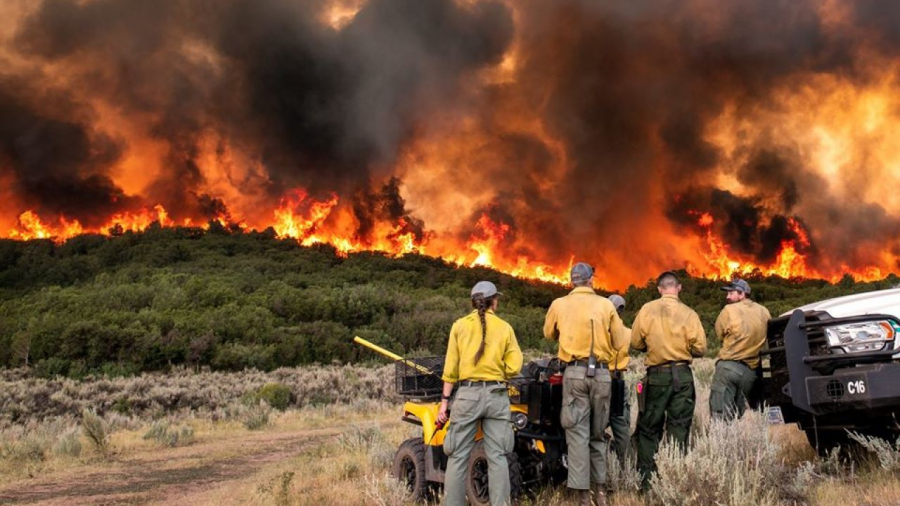 Colorado, and many states across the Western United States, are being ravaged by what seems to be uncontrollable, brutal wildfires.

It is common knowledge that California battles wildfires every year, but Colorado, Washington, and Oregon are all rarely mentioned. Just in 2020 alone, a total of 665,454 acres in Colorado have been burned, destroying many houses and killing several people.

After an unusually dry season, added with high winds, the perfect recipe for wildfire was made. The Pine Gulch fire ignited early this summer and burned around 139,000 acres, but was quickly surpassed by the Cameron Peak fire which, as of November 12th, 2020, has burned 208,913 acres, making it the largest in known Colorado state history.

Due to these tremendously large wildfires hundreds of houses have been destroyed, along with several hundred people being required to evacuate due to impending fires.

“Investigators have concluded that two of this year’s big fires were started by people. The causes of three more fires are still listed as under investigation. That includes the Cameron Peak fire and the East Troublesome fire, which, in addition to being the largest fires in state history are also likely the most destructive thus far this year,” stated The Colorado Sun.

Officials state that commonly, fires started by humans tend to be more destructive, due to being located in areas closer to where people are likely to be, whereas fires started by nature are more commonly started in locations where humans are far away, and where it is difficult for crews to get to. When fires are started in hard to reach locations (almost always being caused by lightning) crews are more likely to allow the fires to naturally burn themselves out instead of wasting valuable resources fighting these fires.

There is some silver lining to this storm though. As of now the Cameron Peak fire is 92% contained and is predicted to be entirely contained by November 22nd, 2020.