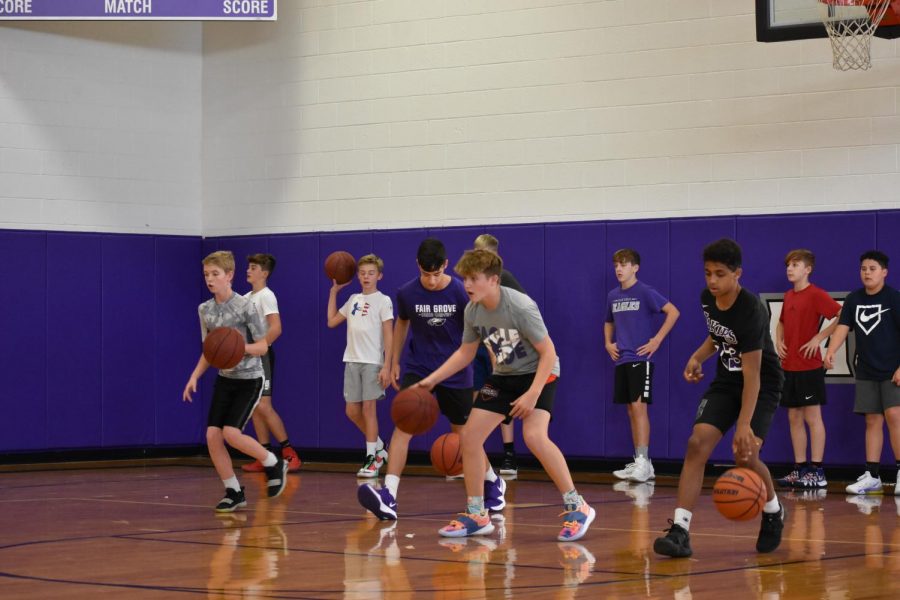 The Fair Grove Middle School Boys Basketball team’s season is going to be kicking off within the next couple of weeks. As of right now, the boys are still in their pre-season.

The middle school seasons give young student athletes more experience, which helps them prepare for their high school careers. This year especially, coaches are expecting a lot of growth from their players because of certain COVID-19 circumstances. Randie Roepke, the Middle School Boys Basketball coach explained, “I believe this season, even in the middle of COVID, will be a season where there is a lot of growth. I expect both teams to be more prepared for the next level, high school basketball, at the conclusion of the season.”

COVID-19 has brought many changes to how people live their everyday lives, and just as it has changed many activities, it’s changed certain aspects of the basketball season. The boys are having to take some precautions to have the safest season possible. “Social distancing is something we will have to practice and enforce,” explained Roepke. He went on to say that the basketball teams will also have new bus procedures that they haven’t had in the past.

“The 8th grade is a really talented team. We kept 12 players, which is more than we normally do,” said Roepke. He further explained that all 12 of the players are capable of contributing any time during the season but last season Bryden Baxter and Nolan Geitz were the most consistent players. For the seventh grade team, however, it’s a different story. “Because of COVID, we didn’t get to do our normal summer stuff, so it is more of an unknown with seventh grade,” stated Roepke. He continued to say that he expects Grant Fuller and Gage Bailey to be contributors throughout the season.

The middle school boys first basketball game will be Tuesday, December 1st at Boliver at 5:00 PM.