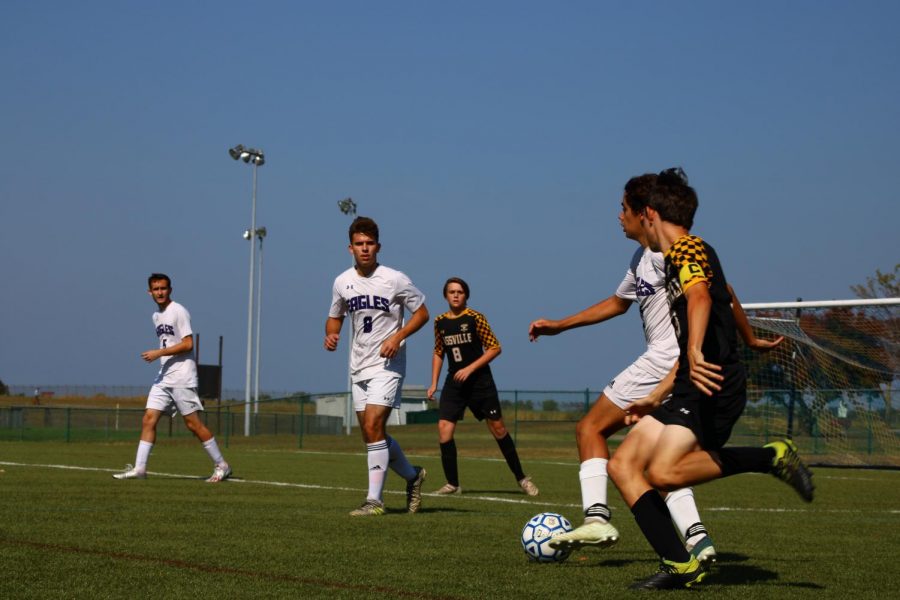 Indoor soccer for Fair Grove High School has existed for many years involving many changes, and this year things have changed a lot for the team.

“Last year’s indoor team was more of a team building game play. We had only guys where as this year it’s co-ed and we haven’t played with the girls before so it’s a different style of play,” announced Daniel Tennison (11), a player on the coed indoor soccer team. When boys and girls are split up throughout the years in school soccer, it is a change to play together on an indoor team.

The team was created by the players and they didn’t really have a coach at the first couple games. Daniel said, “This year’s season is coached by Kyle and Kam Stacey .” Kyle Stacey and Kam Stacey are 2 former Fair Grove students and soccer players that have come back to coach and help out at the COED indoor soccer games.

Daniel continued, “The competition is about the same as last year. We have some better players that we play against and some worse but that comes with every team.” When the teams are balanced it allows the players to work on themselves and better themselves game after game.

The indoor soccer team was created to keep the players in shape and prepare most of them for their senior season of high school soccer. The team is official and plays at least one game every weekend with acceptances of a few cancellations due to COVID-19. With COVID being at its highest rates the team was worried about losing a lot of players or missing many games, but so far the team has been very successful this season.

The team is very even with numbers between guys and girls on the team as well as the opponents they play have even numbers. A couple lower classmen have joined the team that have never played and it helps them to learn the basics of soccer and shows them what to look forward to in the actual season.

Andrew Shurtz (11), another male player on the COED team said, “The indoor team has been improving on and off the ball by creating opportunities off the ball and making smarter decisions with the ball. So far we have played okay, we have won two games and lost two games.”