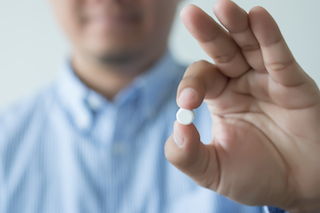 The purpose of birth control is to stop conception, which is when a male produced sperm cell unites with a female produced egg cell. A female egg cell is released during a process called ovulation, so female birth control is made to stop the process of ovulation completely. “A male birth control pill has passed the first round of clinical testing, giving hope for less permanent contraception options for men – and potentially leveling the playing field when it comes to pregnancy prevention.” stated Tolulope Bakare, a urology professor at UT Medical University.

Male birth control works similarly. The male birth control contains a chemical called dimethandrolone undecanoate, or DMAU. This chemical lowers testosterone levels to a level that was considered equal to that which would be caused by castration. This in turn causes low to no sperm cell production. Although castration is not a process observed in humans, the numbers were compared to studies done on other animals to evaluate where the numbers stood.

With this seemingly safe and effective method of male birth control, why are more men not using it? UT Southwestern Medical Center stated, “In the U.S., approximately 40 percent of pregnancies are unplanned. This is partly because society dictates that, unfairly, women are primarily responsible for pregnancy prevention and family planning.” In a one night stand if a female gets pregnant from this interaction, the male can disappear and the female is left with a slew of difficult decisions and financial hardships, which could have been avoided if men were taught to be more aware of the outcome of their actions, especially when it comes to sexual activity.

With the new introduction of male birth control, society may start to see more responsibility actually falling on men, and in turn less unplanned pregnancies.