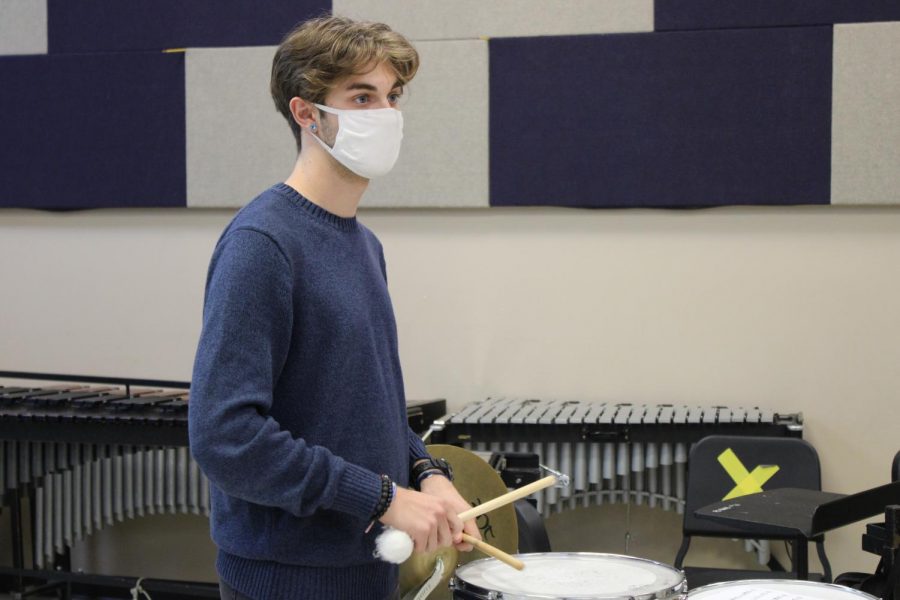 This year, three of Fair Grove’s band students, Mitch Van Cleave (12), Alivia Kimbriel (11) and Jacob Smith (12), auditioned for the District Honor Band. All three students were accepted and placed in the top band.

District Honor Band is an audition-based ensemble that the South Central Missouri Music Educators Association hosts every year. The Fair Grove Director of Bands, Natalie Palomo, explained, “Any student can audition, but they have to put in the work to learn the material (usually multiple scales and etudes). This is entirely extra stuff-I don’t give class time to work on it, and it’s up to the kids to ask me to help them or to schedule time for me to work with them. It’s a step above the regular band material.”

This year, due to COVID-19, all auditions were virtual. Instead of traveling to a school to perform their audition, students had to send in a recording of themselves performing the material provided. According to Kimbriel, “Online was easier for me because my nerves could not get to me as much as a live performance.”

This would have been Van Cleave’s second year performing in the District Honor Band. Van Cleave stated, “Not being able to perform is the reason why I decided to audition… last year I wasn’t able to partake in it because I was in an Independent WGI that wouldn’t allow me to be there on the weekend of the performance…” This year would have been the same situation for Van Cleave, but since there is no performance, he was able to partake in the band.

Kimbriel auditioned last year, but this is her first year being accepted into the District Honor Band. Kimbriel commented, “It is sad that we won’t perform, but it is still cool to know that I could have.”

This is Smith’s second year auditioning and being accepted. “Even though I won’t be able to gather in a band setting with people across the district, I want to have a measure of where I stand in with the district and state,” stated Smith.