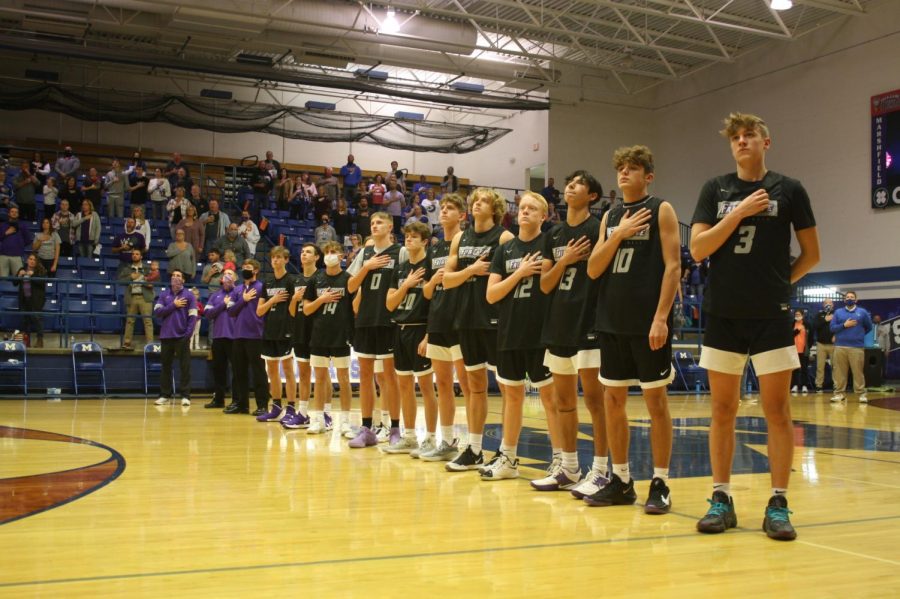 The Blue and Gold is a yearly boys basketball tournament that has two brackets consisting of the best basketball teams in the area.

Ryan Berry, starting Junior guard said, “We are going into the Blue and Gold just trying to win as many games as possible and get better as a team.”

Berry also went on to say that, “We are going to see really good competition in the Blue and Gold. Our first round is a matchup against Republic who is a two seed, games like these are going to help us prepare for tough games later on in the season.” This could be a large factor of the team’s success going further into the season.

Berry added, “I don’t really have any individual goals for the tournament besides being a team player and helping the team win in every way possible.”

Kody Stacye, starting Junior said, “Playing in the Blue and Gold is an opportunity that not many people get in their lifetime. It’s one of the best memories that a high school athlete can get.”

Stacye also said, “These games are important to us as a team and we are going to give everything we have to make it deep into the tournament. I don’t recall any Fair Grove team winning the Blue and Gold, and it would be something to remember if this was the year that we pulled it off.”