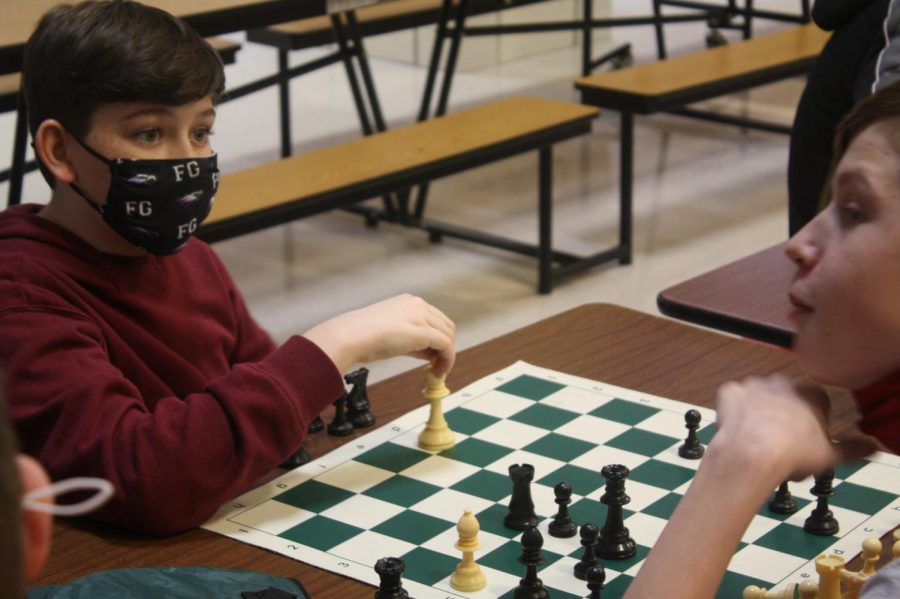 At Fair Grove Schools, there are many clubs and extracurricular activities that students can partake in, and the chess club is one of them. It is a club that anybody can join at anytime, no matter their skill level. The club is sponsored by Mike Van Cleave, one of the mathematics teachers here at Fair Grove High School.

“Chess club has been a tradition here at Fair Grove as long as I have been here. I enjoy watching the kids compete against other players from around other schools. It amazes me how good some of our students are,” commented Van Cleave. Unfortunately, like most school activities that would happen in a normal year, all of the chess clubs’ travelling events have been cancelled due to the COVID-19 pandemic. The club still holds practices this year, which consists of its members competing against each other to practice their skills.

In a normal year, the chess club would regularly travel and attend tournaments or host them; there are usually five tournaments that the club attends every year. A few years back, the chess club joined the Southwest Missouri Scholastic Chess League, in which Van Cleave added, “The event allows us to compete in tournaments against other clubs in the area. Unfortunately due to COVID, the league has been suspended for this year.” The chess club has also noticed a decrease in its membership this year, as there are no regularly attending high school students.

The chess club is usually a combined group where high school and middle school students are integrated together and each student can compete in these tournaments. Unfortunately, this year there are not any set high school members of the club currently, which makes all of its members middle schoolers. However, the club is still accepting members. Chess club’s weekly practices in the middle school commons every Tuesday from 3:30-4:30, and anybody is welcome to attend a practice and potentially join the club.