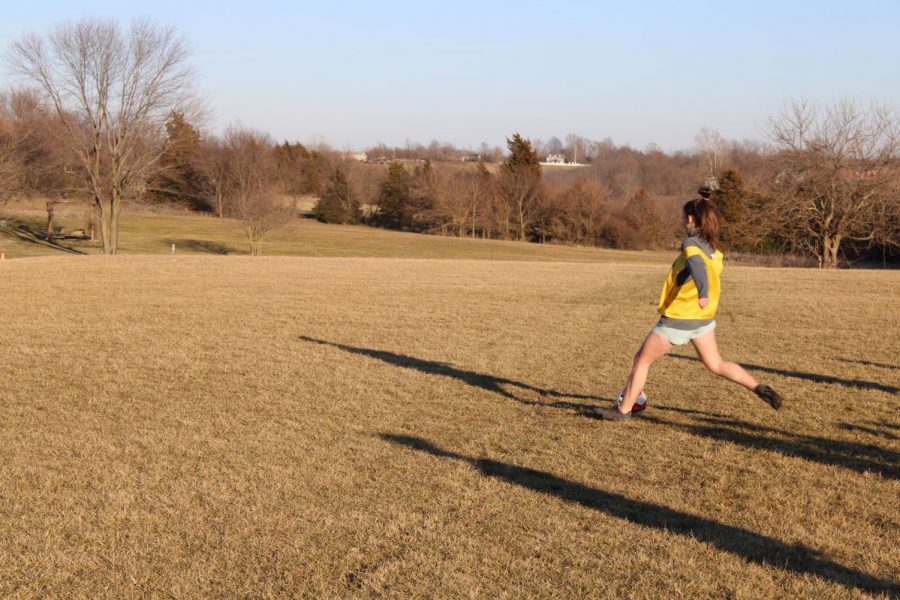 Stallings, as a first year coach, has been doing many things for the girls Fair Grove soccer program. Coach Stallings stated,“We will be opening up and a Fan Cloth Team Store to help raise money. I will also be trying to get us to do a night at Hilltop Pizza!”

The girls soccer team started off-season in November and they will start practicing for their regular season starting March first. “Off-season soccer has helped me become faster and improved my endurance,” said Hailey Merillat (9).

The Fair Grove Girls Soccer team has been doing a lot of conditioning and practices to prepare them for their season. Anna Newlin (11) stated, “On Tuesday and Thursdays we do conditioning which could be lifting weights or a circuit workout. On Wednesdays, we play soccer and we focus on fundamental skills and we typically get to scrimmage.”

With Stallings becoming a new coach she gets to experience the ups and downs of being a coach. She explained, “It has been amazing so far. We have been doing preseason stuff since December. I think the most rewarding part about coaching is seeing how hard the girls are working and seeing the growth they are making. I challenged them at our meeting to take ownership of the girls soccer program and make it mean something again. They have put in so much work and will continue to keep working to build this program.”

“I am very thankful I get to work with such amazing girls that have trusted me and this process. They make coaching an absolute joy. I can’t wait for the season to start,” Stallings exclaimed.