The Various Skills of Easton Beltz 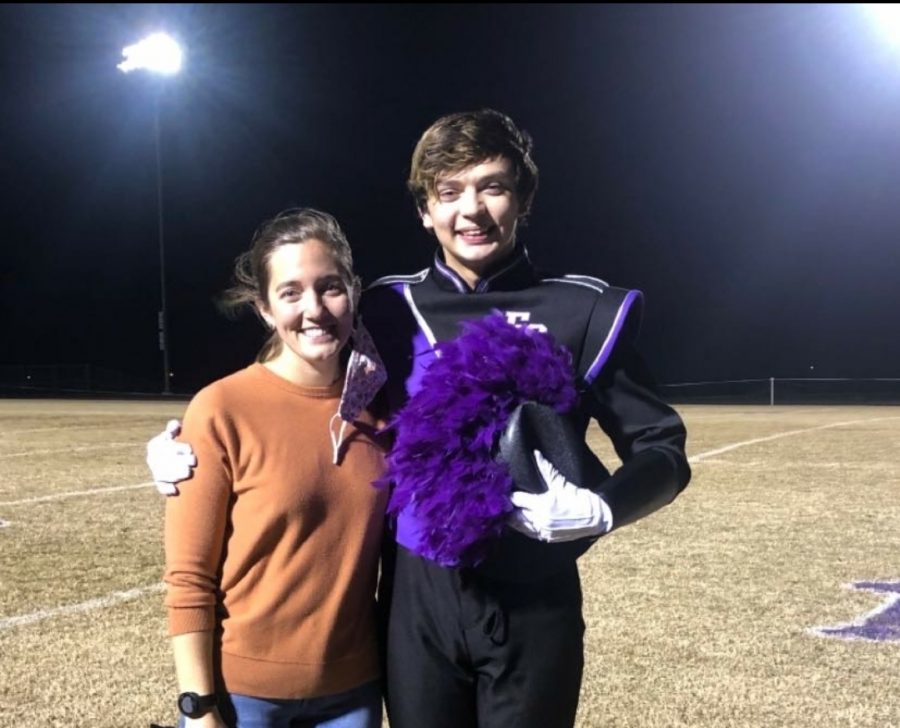 Easton Beltz is a junior at Fair Grove High school who is involved in band, theatre, and has many hobbies.

Beltz plays acoustic guitar, ukulele, flute, trumpet, baritone, baritone sax, tenor sax, soprano sax, alto sax, and piano; 10 instruments in total. He joined the band in 5th grade and played trumpet for four years; it wasn’t until high school that he really branched out. Beltz says that, out of all the instruments he plays, he enjoys playing baritone the most because it has a diverse range.

In the upcoming play, Shrek the Musical, Beltz has the role of Donkey. This is not his first role, as he has been involved in theater for a while. In addition, he is the dance captain and choreographed many of the numbers in the show. Beltz is very passionate about his extracurricular activities.

When not at school, Beltz can often be found traveling. He has been all across the US, as well as Costa Rica. He’ll be going to Puerto Rico later this year, and plans to go to France and Croatia next year. His favorite place he has traveled to thus far is Alaska. Beltz stated, “I liked it because I got to travel with all 13 members of my extended family. It was a 12 day trip and it was the most beautiful place I’ve ever been.”

Beltz looks up to two teachers at Fair Grove, Mrs. Harmon and Mrs. Palomo. According to him they, “…taught me that music was so much more than something on a paper that sounds good.”

He plans to become a music education teacher when he grows up, and hopes to inspire kids like his teachers did for him.

Outside of school, Beltz spends a lot of time practicing his instruments. He also takes care of many animals. At home he has dogs, fish, pigs, and even a peacock. Beltz has 6 aquariums: 4 salt water and 2 freshwater. He enjoys taking care of and bonding with animals.

Beltz has always been brave and willing to do things others might be too scared to do. He came out as gay in 7th grade, with a positive reaction from his family. After being out for a year or two, he became very confident in himself.

When asked to describe himself using only three words, Easton said,“Musical, artistic, and outgoing”.