New Faces To The Visuals Of Marching Band 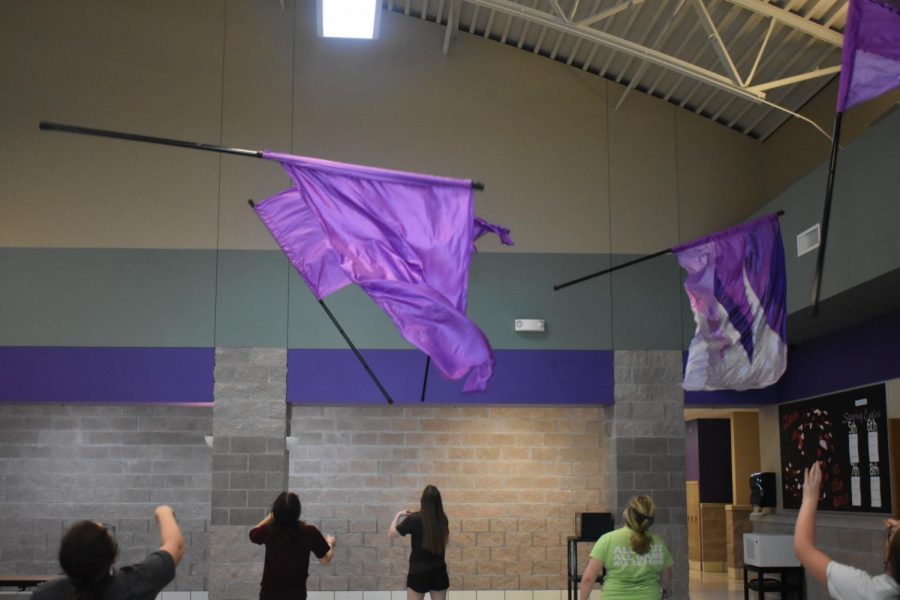 During the week of March the second, students grades 8th-11th auditioned for the 2021 Fair Grove Color Guard.

During this week, students will learn the basics of the color guard, including how to hold the flag, jazz walk and run, spinning the flag, tossing, and finally they learn the choreography for the school’s fight song. Dory Baker, one of last year’s captains, said, “Guard is difficult and everyone learns differently and at different paces. It takes time and work, but in the end you can learn any skill and ultimately it is worth all of it.”

Harmon commented, “We had intended to change that a little this year, but with the snow days that changed very quickly.”

Every year the clinics/tryouts are led by students who are applying to be the next season’s captains. These captains work with the new and returning students to help them get ready for the audition process. Baker explained, “I expect the future captains to continue to push the team and encourage them to challenge themselves. Most importantly I expect them to make it a fun and safe environment for the new members to learn.”