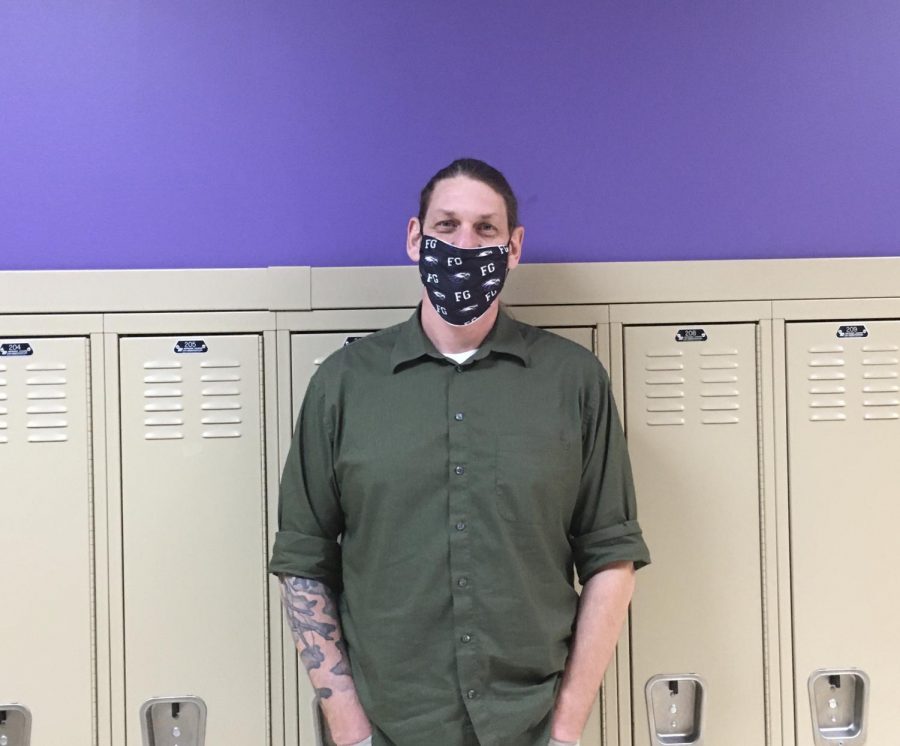 Before he became a teacher at Fair Grove, Mr. Van Cleave got his bachelor’s degree in chemical engineering at Mizzou. He then went on to become an engineer, but felt unsatisfied with his job. It was all about making money and not doing what was right, which he felt didn’t fit him. He did, however, enjoy teaching people things about engineering.

In 2009, Mr. Van Cleave decided to make the switch and become a teacher. He then got certified to be a teacher through Missouri State University. He has been teaching at Fair Grove now for 9 years. He lives here with his family and his kids go to school here. He has two kids, one of which he’s had in class before. According to him it wasn’t weird at all, and they mostly just ignored each other.

Mr. Van Cleave’s teaching philosophy is simple. “I try to treat students with kindness and respect and explain math concepts as carefully as I can,” he explained. His favorite class to teach is Pre-Calculus because they get to do trigonometry, which is something he enjoys very much.

Alex Bates, a student taking Pre-Calculus with Mr. Van Cleave, said his favorite thing about the class is the chill environment. “We are able to learn and still have fun and enjoy our time in the class,” he stated. As far as his favorite thing about Mr. Van Cleave, that would have to be, “His teaching style and that he is always willing to help anyone before or after school to help them learn the material.”