Ready to Rebound for Next Year 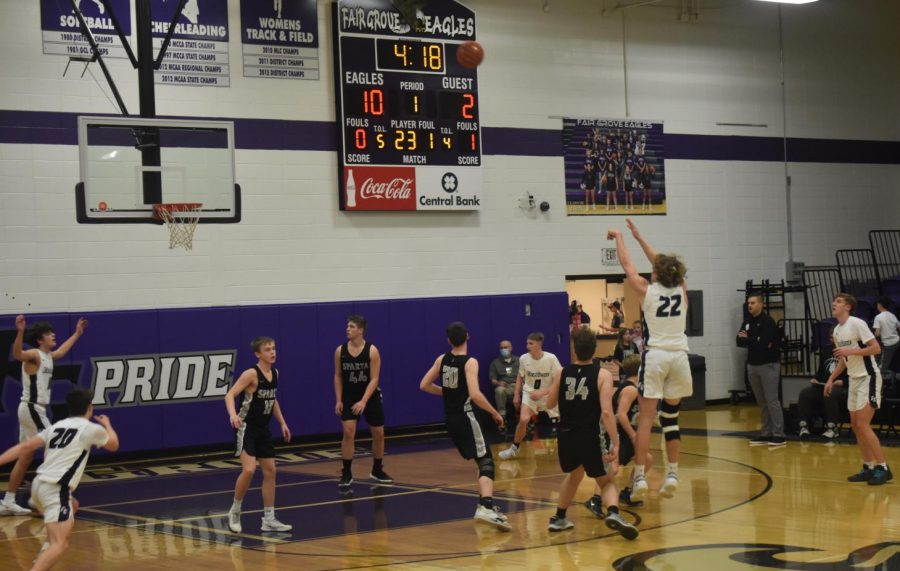 Devin Carroll taking a jump shot during the District game against Sparta.

Throughout the boys’ basketball season at Fair Grove there have been many intense moments and hard times, which have now led to the end of the season.

The first round of the District Tournament was a success against Sparta. With a final score of 71-49, it made for confidence boost going into the upcoming game.

“We practiced every week leading up to the district games,” announced Logan Daniels, a junior on the Fair Grove Basketball team.

There was much preparation and specifically planned practices to prepare for each and every game. Looking back on past games, the team learned what they could improve on and what of those things would help them for that specific game.

The second round of districts was against Strafford, Fair Grove’s main rivals. Many fans and spectators showed up to watch, filling the entire arena. The game ended with the score of 57-45, Strafford coming out on top.

“As everyone knows, we lost the two games we played them in. They were tough fought games and many hard times,” said Logan Daniels

Another junior on the Fair Grove Basketball team, Josh Orr, said “The end of the season isn’t how we wanted it to go. Our main goal was to make it to the championship game and have a great shot at taking home that District title. Going into next season I see high hopes for the team. We were a younger group but now we’re the big dogs. The end of the year made us more hungry for the next. If I can promise you one thing, its that well have a better outcome then this past one.”

With no seniors, this year the team will not be losing anyone due to graduation, which makes time for a lot of improvement before the 2022 basketball season.