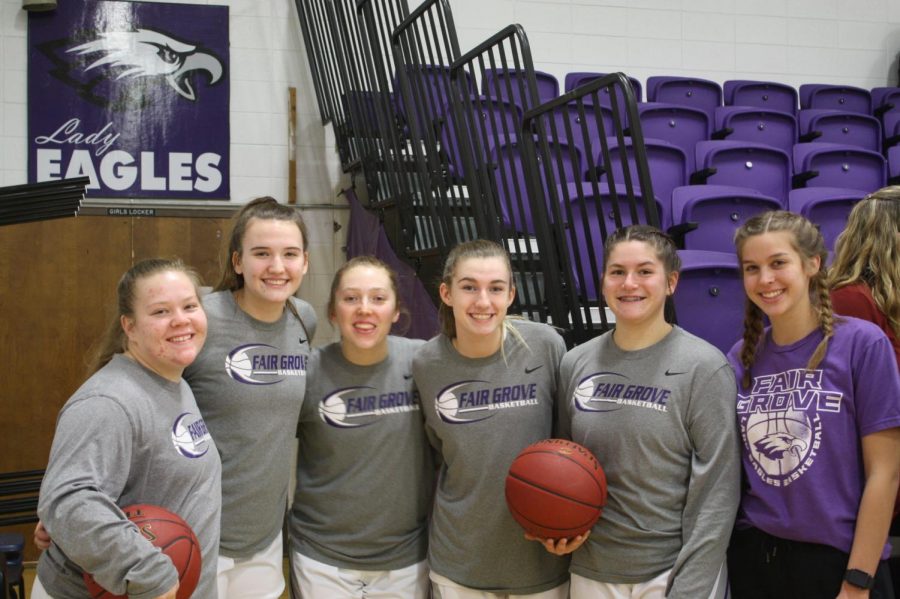 The Fair Grove Girls Basketball team played in the district tournament for their 2021 season. The girls kicked off their first game of districts on Saturday, February 20th.

Talbert is adamant that next season will be one to remember, “We’re losing a lot of talent with the senior class, but I’m confident that the upcoming freshman will bring in a lot of fresh talent and a new feel to the team.”

The eagles are losing two seniors following the 2020-21 season, Lauren Kennard and Brooklyn Luna. “I’m proud of the way I went out,” stated Brooklyn Luna, “I got to play with a talented group of girls and I wouldn’t trade this experience for the world.”

Coach Talbert is unsure when the offseason will begin, but she plans on getting started as soon as possible. “I want to make sure to get a leg up quickly for the next season,” Talbert said, “The faster we get in the weight room and training our bodies, the better and more prepared we’ll be for the upcoming season.”