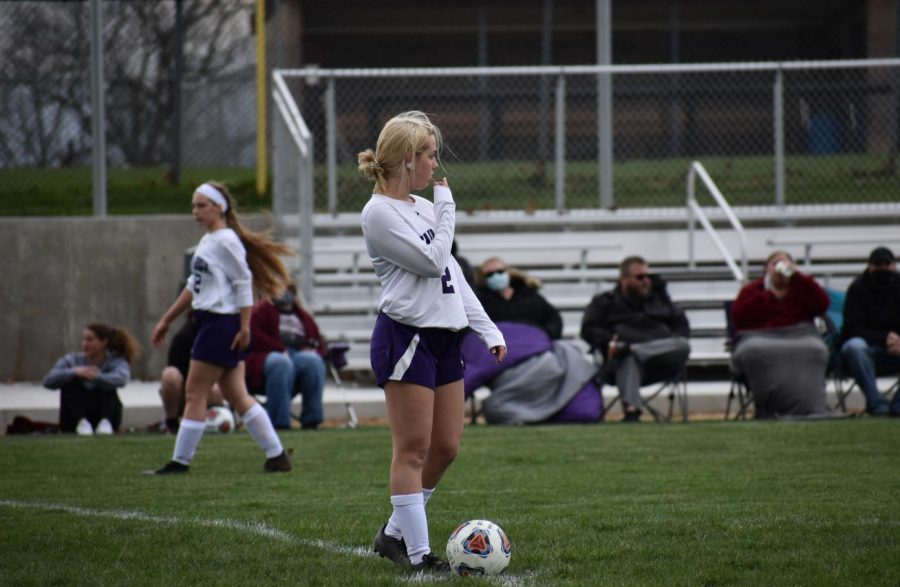 Freshman Hailey Merillat during an away game at Logan-Rogersville.

The Fair Grove Girls Soccer program has recently started their season and are now five games in, getting a feel for what this season is all about.

Zoey Hupman (11) stated, “Our soccer season has started off a little rough, but I can already see the growth.  We haven’t won a game yet, but each game we have worked on an area that we had been lacking skill in, and we have reached goals that we have set for ourselves. Our team is super young and inexperienced, so with more play time our team will see a lot of new things.”

With the season just now kicking off, they have had multiple games each week and practice every day that they don’t have a game.

Hupman said, “The soccer team is in another transition between coaches, and I believe that is a major change to our program, but one that will help us. Haley Stallings is our coach and she has done an awesome job stepping up and coaching our team.”

Throughout the past few years both the boys and girls teams have had many changes with the coaches. The girls are happy to have a coach and be able to play this season as they did lose their 2021 season due to COVID-19.

The new head coach, Haley Stallings, stated, “I know our games so far have not turned out how we have wanted, but each game I see progress and that’s all I want. I would hate to peak at the beginning of the season instead of post season when it really matters. They are a great group of girls, and I am confident that they will continue to work hard and trust the process until we are where we need to be.”