PotterTime: Harry Potter and the Time the Movies Forgot About Ginny’s Traumatic Event 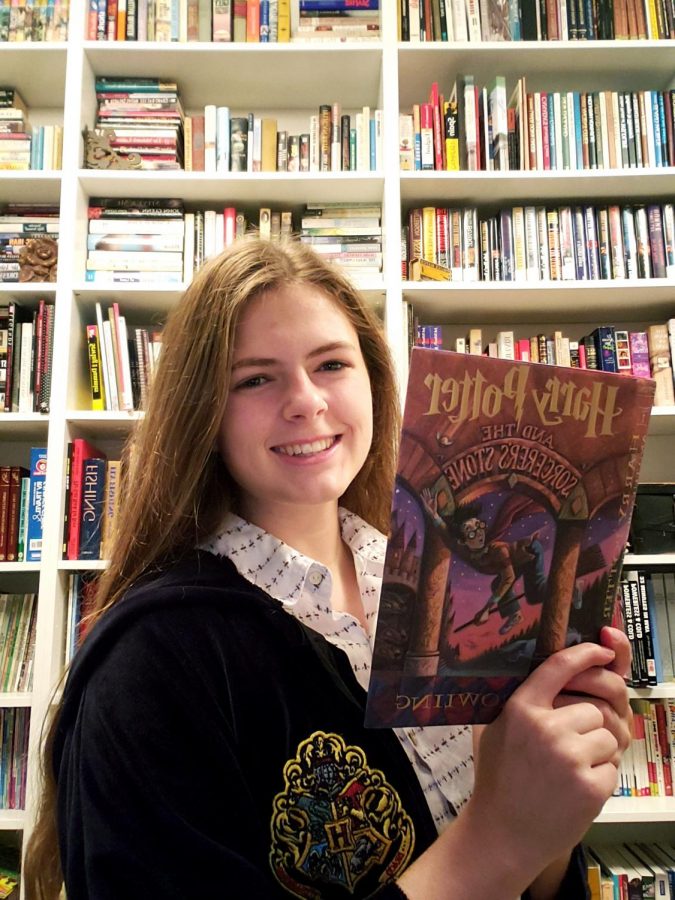 There is only so much out of the 1,084,170 words in the Harry Potter series that could make it to the big screen. Unfortunately because of this, much of Ginny Weasley’s character was diminished. While her overall character was shrunk down for the movies, the part I am going to be focusing on is how the event of her possession affected her later on throughout the series. Warning, per usual, this will contain spoilers.

Ginny Weasley is the youngest girl in a household with six older brothers. When she went to Hogwarts for the first time in Harry Potter and the Chamber of Secrets, it was likely the first time in her life that she had to make friends outside of her brothers. Alone and vulnerable, Tom Riddle’s diary turned Horcrux was used to take advantage of her and possess her to open the Chamber of Secrets. In the books, Ginny knows something is wrong. Despite not being able to remember what was happening and being fearful of the consequences, she tries to get rid of the diary and later tries to warn Harry and Ron of what was happening to her. Pages 285 and 286 describe, “She looked tensed and nervous, and Harry noticed that her hands were twisting in her lap. “What’s up?” said Ron, helping himself to more porridge. Ginny didn’t say anything, but glanced up and down the Gryffindor table with a scared look on her face that reminded Harry of someone, though he couldn’t think who. “Spit it out,” said Ron, watching her. Harry suddenly realized who Ginny looked like. She was rocking backward and forward slightly in her chair, exactly like Dobby did when he was teetering on the edge of revealing forbidden information. “I’ve got to tell you something,” Ginny mumbled, carefully not looking at Harry. “What is it?” said Harry. Ginny looked as though she couldn’t find the right words. “What?'”said Ron. Ginny opened her mouth, but no sound came out. Harry leaned forward and spoke quietly, so that only Ginny and Ron could hear him. “Is it something about the Chamber of Secrets? Have you seen something? Someone acting oddly?” Ginny drew a deep breath and, at that precise moment, Percy Weasley appeared, looking tired. “If you’ve finished eating, I’ll take that seat, Ginny. I’m starving, I’ve only just come off patrol duty.” Ginny jumped as though her chair had just been electrified, gave Percy a fleeting, frightened look, and scampered away.” The amount of courage it must have taken for 11 year old Ginny to try and open up about the extreme dark magic that had been controlling her was tremendous. She had dealt with Tom Riddle’s Horcrux her entire first year at Hogwarts and had not let it consume her entirely. Ginny was trapped in the Chamber of Secrets and nearly killed at the end of the second book. This series of events would affect her for the rest of her life, but the movies hardly mention her terrifying situation after the second movie is over. The books, however, show that it is something that will forever affect her.

When Harry fears he had been possessed in the fifth book, Harry Potter and the Order of the Phoenix, she doesn’t let him isolate himself and uses her past to help him, even though it is probably difficult and painful for her to talk about. On page 499, it says, “’I didn’t want anyone to talk to me,” said Harry, who was feeling more and more nettled. “Well that was a bit stupid of you,” said Ginny angrily, “seeing as you don’t know anyone but me who’s been possessed by You-Know-Who, and I can tell you how it feels.” Harry remained quite still as the impact of these words hit him. Then he wheeled around. “I forgot,” he said. “Lucky you,” said Ginny coolly.” She goes on to help Harry realize that he wasn’t being possessed by Voldemort and helps Harry learn what the actual signs of possession were. Ginny is not hindered by what happened to her in the past, but rather she uses it to help aid and comfort her friends. She clearly regards it as a traumatic event that she wishes never happened. Even though the memory brings her pain, she continues to be selfless and help others understand what has happened to her so that it doesn’t happen to them. The movies leave out this part of Ginny’s character.

Another time that Ginny’s past comes back to haunt her is in the sixth Harry Potter book, Harry Potter and the Half-Blood Prince. Harry’s Advanced Potion-Making book is full of writing and instructions from its previous unknown owner, and Harry was using that to learn new spells and get a better grade in his potions class. Ginny was immediately concerned for his safety. Page 192 reads, “’Hang on,” said a voice close by Harry’s left ear and he caught a sudden waft of that flowery smell he had picked up in Slughorn’s dungeon. He looked around and saw that Ginny had joined them. “Did I hear that right? You’ve been taking orders from something someone wrote in a book, Harry?” She looked alarmed and angry. Harry knew what was on her mind at once. “It’s nothing,” he said reassuringly, lowering his voice. “It’s not like, you know, Riddle’s diary. It’s just an old textbook someone’s scribbled on.” “But you’re doing what it says?’” Ginny has a right to be suspicious. After all, it was Tom Riddle’s words in the diary that led to her possession. Her experiences led her to being protective and caring for her friends, even if something doesn’t seem immediately threatening. The threat of Voldemort is always on her mind, even in the most simple of cases. “Just an old textbook” to Harry had been just an old diary to Ginny, and she immediately tries to protect him from whatever could be inside. Even still, Ginny respects Harry’s boundaries and tries to understand where he is coming from in a collected manner while still being inquisitive. Ginny doesn’t want what happened to her to be inflicted on anyone else, especially someone she cares for, and tries her best to keep those who seem to be heading in the direction she had safe. While the movie shows Ginny asking about the Half-Blood Prince (who’s name was written in the book) and she helps Harry hide the book in the Room of Requirement (among other things), it doesn’t actually make the connection between Ginny’s past with the diary and Harry with his book.

What happened to Ginny is a large part of her character that repeatedly appears throughout the series and hardly ever appears in the films. The films should have done a better job at portraying the after affects that Ginny’s possession had on her. What happened to Ginny made her a very protective and caring person, but also someone who wasn’t afraid to speak what was on her mind. Ginny Weasley’s traumatic event shouldn’t have been so glossed over in the Harry Potter movies.