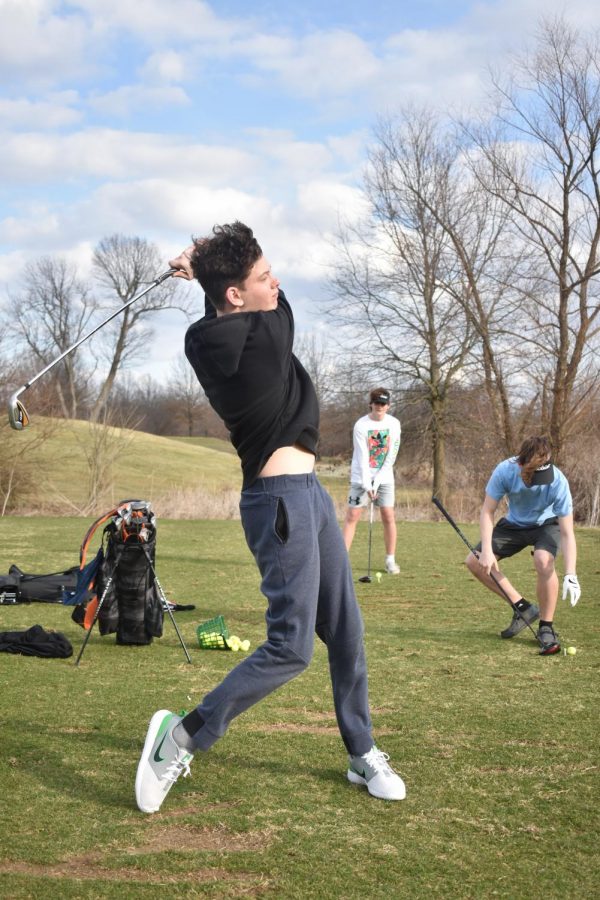 Members of the golf team at an afterschool practice.

The Fair Grove High School golf team has been working their way into the 2021 season. The goal is to work on the basics.  In practices the team goes to the driving range to hit buckets of golf balls, and getting back in their rhythm.

“We have a bunch of first time players, so we are really just trying to develop good mechanics that will allow us to hit the ball better when we get into some tournaments.” Coach Cale Ramsey stated.

Because they have so many new players, the team doesn’t have the typical strengths and weaknesses. Macee Mcatee, a junior and a first time golfer, said that her weaknesses are getting under the ball and just being new to golf, but she strives to be good and learn more about the sport.  Ramsey confirmed, “When it comes to our strengths and weaknesses, our weakness is without a doubt just inexperience. We have a bunch of young golfers and some, who because of COVID, have not played in any varsity tournaments yet. Our strengths are our drive to be better. We have a bunch of golfers who want to be better and are putting in the work to become better.”

Not all of this year’s golfers are new though, Coach Ramsey explained that junior, Joshua Orr, is the team’s number one golfer. He will be competing against other schools top golfers at tournaments along with a few other teammates who have yet to be determined.

Their goals for the end of the season are consistently driving the ball, effectively using irons, upping the putting game, getting a better score at every tournament, and all in all do well at districts.

The teams next tournament is April 22nd at Willard.