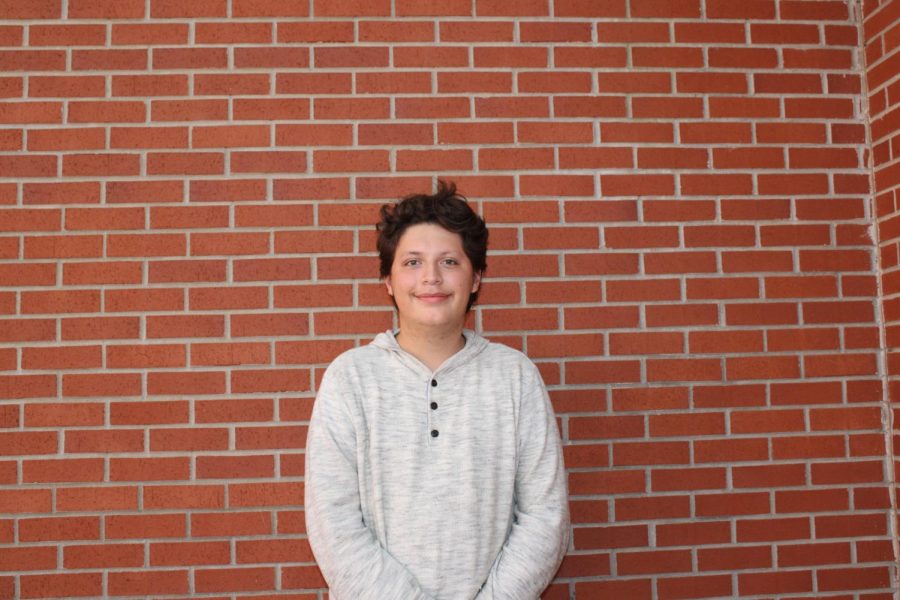 I believe that 2021 is starting to become a dry year for music, mainly because the emphasis of singles has been implemented more often, and not a lot of substance has been added to the albums themselves. But not every artist will have perfect albums, and some of the monotonous trends will continue to follow. But with this review, we’ll be taking a look at the new Brockhampton album, Roadrunner.

Brockhampton are a self-proclaimed “boy band” consisting of about six members (13 if you’re including everybody involved like marketers). Each member brings their own unique personality through their style of rapping or singing depending on the mood of the song. Brockhampton exploded into popularity after releasing THREE albums within the year of 2017 known as the Saturation trilogy. Within a single year they gained a massive following and have amounted to a list of hits in their catalog. The band in total have released six albums and some of the members have even released solo material which is great for big fans of the group. Some of the bands most well known hits are Sweet, Sugar, Gold, Boogie, and J’ouvert.

The first single off of Roadrunner, Buzzcut, was a pretty big refresher for fans, me included.  It brought back an exciting energy after the group released their last album Ginger, which saw the group express a more vulnerable side. Buzzcut brings an exciting siren-laced beat and features loud carefree vocals from Kevin Abstract, one of the main members of the group. Kevin’s lyrics are usually him pouring out his personal problems within every verse, and he does just that; he brings a snarky attitude that grabs your attention and has you listening while the beat backs his energy. Abstract also briefly talks about the effect of the virus on his family and is a common theme throughout this album. This track also features Danny Brown, an artist that adds on to the wild energy and is the only artist that I have heard use the word “normie” and make it sound good. Production on this track is clean as it is with the rest of the album. Unfortunately, Buzzcut I would say is the peak of this album, as going into the rest of this LP starts a decline in quality.

“Truth prevails, this is real, miss my brother. I love my mother, drove all the way to Cali’ just to check up on me. Made her go home, felt the virus. Web of my life is weed, false dreams stripped by silence. Got my cousin’ doin time, he was barely pushin’ dimes, my whole family cursed, now get the **** out my ride.” – Kevin Abstract – BUZZCUT

As mentioned before, Buzzcut is unfortunately the peak of this album, the rest of the album starts to follow the typical trends of popular music with there being a few tracks trying to branch out into a different style. Chain On calms down the mood right after Buzzcut with a slower 90s boom bap style of rap and features JPEGMAFIA. Personally I favor the sound of the 90s but for Brockhampton fans, it is a dry track because there’s not too much personality coming out of  JPEGMAFIA and Dom McLennon. It is two minutes of straight rapping with a monotone chorus and not any variation within the music. While both JPEGMAFIA and Dom’s verses were great and had substance, it’s not very exciting and overall this will not be a memorable track.

After Chain On the album starts to take on a more mainstream sound with more features on songs rather than hearing more of the group. There are two types of mainstream styles the group has taken with this album, one being the pop rap style, and the other being more trap-esque. Count on Me and I’ll Take You On are perfect examples of the pop rap style in which the production on these songs follow the same formula as most pop songs with a rap feature. Production is clean and catchy on these tracks but they don’t sound any different than from what you normally hear on the radio. I’ll Take You On gives me a weird throwback to the mid-2000s with the mix of R&B and rap. Another similar track is Old News, in which it has more of a “sad feels” vibe, but the production still sounds like a throw-back to those old mid-2000s R&B that I would hear on the radio coming from Ne-Yo or something.

The other side of this group of mainstream songs are Bankroll and Windows. These two songs take on a trap style of production with the heavy bass 808s and big use of hi-hats. The beats sound similar to a lot of modern rap you hear today. Bankroll features A$AP Rocky and A$AP Ferg, two artists you normally hear in that style of music. A$AP Ferg takes on a whole verse by himself while A$AP Rocky takes the lead in the chorus. Personally I am not a big fan of Ferg’s voice, but I do respect his more fast-paced, technical style of rapping on this song, plus his voice matches with the type of song it is. Jabari Manwa, a big contributor to this song, brings his auto-tuned, layered voice and lays down a catchy, party vibe verse. Again, this is a song that doesn’t excite me a whole lot. I respect the group for trying to add features to their album, but Brockhampton is a big enough group to where they shouldn’t really need features, unless if it was some really special and long track. The real shiner in this track is Merlyn Wood, a member of Brockhampton that brings his goofy personality and thick accent and turns it into funny and memorable verses. While this song didn’t feature much of Merlyn’s goofy personality, he still brings a solid verse to this song that matches really well with everybody else.

Windows is a song I really don’t have much to say about. The lyrics of this track sound more angry and heavy in mood. Each featured artist like Merlyn, Dom, Matt Champion, and SoGone SoFlexy, bring a hard-hitting and smooth flowing verse to these songs. The one part that just absolutely kills me on this song is the chorus. Jabari Manwa, the producer of this group, brings these weird heavily auto-tuned and high-pitched lines that don’t really make much sense to me, and I think that just sounds off-putting. Overall though, Windows is a great track and has grown on me a lot since my first time hearing it. If the chorus was just a bit different, I believe it would have been one of my top tracks.

There’s one more track that has grabbed my attention, which is The Light. The Light is an emotional track with a very weird twist on the sound of the production. The big catcher in this track is the lyrics. The two vocalists featured, JOBA and Kevin Abstract, take heavy strides within their verses talking about suicide, drug abuse, poverty, hate, and slight mentions to God. Both vocalists do a great job of expressing their thoughts through their styles, and they go together super well because both vocalists have each gone through their own traumatic experiences. Production wise, this track left a weird taste at first. This track brings in more of a rock-ish type of sound by adding distorted guitars, drum beats rather than digital beats, and an organ? The sound of this track is familiar to me, like I heard it in an older song, but I can’t quite figure it out. After listening to this track more, this track has grown on me a lot and I commend JOBA and Kevin Abstract for what kind of emotions and experiences they had expressed through this song. But the production still sounds a bit off-putting, I liked the idea they were trying to go for, but I don’t think it was executed properly. Still overall a good track, a lot better than most of the tracks featured.

“Warped reflection in stainless steel, alcohol, and pills, Deadly combination left with nothin’ else to feel, A floral haven, hope it was painless, I see you in the faces, Places, am I making? Reflections off a broken mirror, Fragments of my fear, glarin’ back, like, “Who’s there?” Think I always will be haunted by the image, Of a bloody backdrop, skull fragments in the ceilin’, Felt your presence in the room, heard my mother squealin’….” – JOBA – The Light

In all honesty I do not have much to say about the rest of the album. The last four songs were dry and dragged on. I was pretty bored with the tracks from how little variation was there. Maybe if I listened to the last half of the album more it would have grown on me, but none of the tracks grabbed my attention on the first listen which is already a loss for those tracks. I can’t say much else.

Roadrunner was an album that I was pretty excited about because it came all so soon with a stellar single to back it up. But when the album was released and I listened to it, I realized how dry it was for me. There were many tiring trends that were used in some songs that I liked at first, but later became burnt out of it. In a normal Brockhampton album you would always hear about four to five members just in one song, but the tracks really only feature two or three and then a feature. Features are things that have never happened before on a Brockhampton album. While I do believe that some of them have worked, I don’t think that it was necessary. When you have about eight or nine vocalists, how could you not try and utilize as many as you can? It gives me the idea that maybe there is conflict within the group, and they don’t want to all be featured on the same track anymore, but that is a big claim. Roadrunner is an album that I believe makes the group look like, “you’re famous now,” if that makes any sense due to the overused trends in some songs. I would say that this is their worst album because none of the tracks really stick with me. I like a few songs, but it’s not enough to get me listening to the whole album again. Maybe their peak has passed, or maybe I am just not subject to the changes. Not a bad album, but bad enough to where I don’t think this will be on my rotation much.