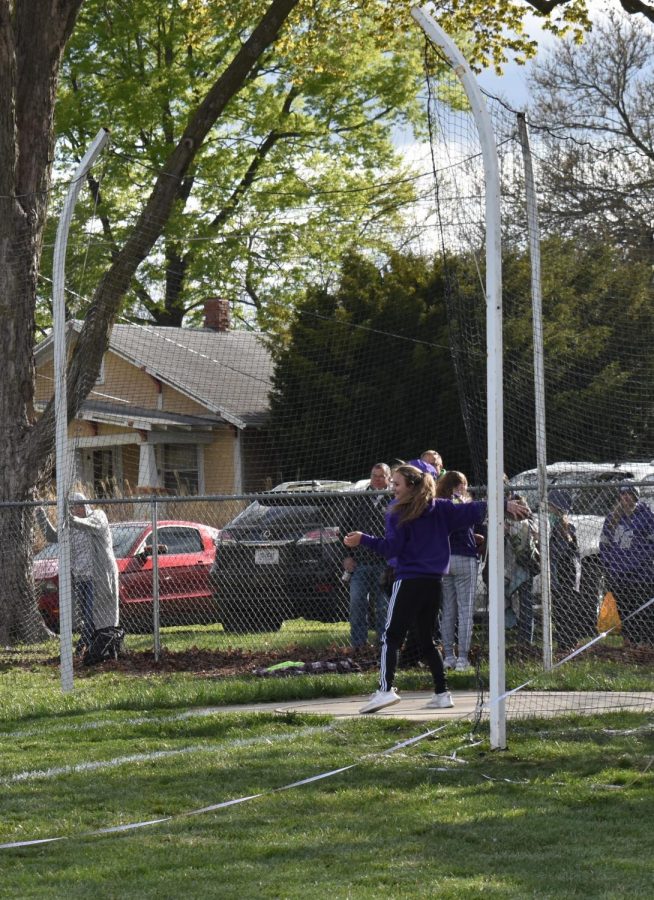 The 2021 Fair Grove Middle School Track team has had a season full of hard work, and team building, which is showing in their performance.

A typical practice for the Middle School Track team begins with all members warming up by doing a lap around the track, they then move into running workouts, and finally finish their warm-up by stretching. After warm-ups are finished, the team members will all break off to participate in their chosen field events.

Track Coach Kayla Holt stated, “There are several athletes that have shown a lot of coachability by asking questions about how to be better, coming to practice early, and wanting to be placed in events that others don’t have interest in, just so the team can get more points.” Holt told that these team members are truly the ones that make the greatest difference in both team atmosphere, and success.

Marc Green, the middle school principal, stated, “We have a strong group of 8th grade athletes and both Coach Holt and I have been impressed with the work ethic and determination they have shown day in and day out.”

An excellent example of this determination comes from Zoe Cribbs and Emma Padgett, who have both suffered injuries this season. Despite this, they have maintained loyalty to the team, and continue to show up to practices, not only to help the coaches, but to continue to encourage their fellow team members.

While earning points and succeeding as a team during the season is the goal of the team members and coaches, there is something much more important coming from the long hours spent on the track. “I hope the athletes will leave the season knowing what hard work is and pushing themselves to be better,” stated Holt.

Starting the week before spring break and ending April 29th, track season doesn’t last long, but the values and skills instilled in the athletes during the season, will follow them forever.