The Evening of Jazz 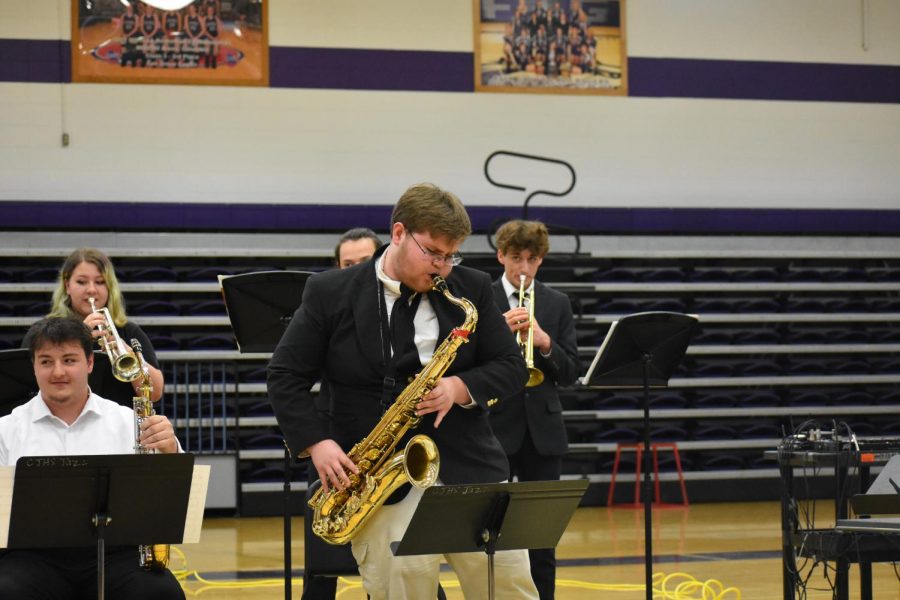 On April 24th Fair Grove’s High School Choir and Jazz Band hosted the Evening of Jazz which included performances from both the Jazz Band and the Choir, and for some songs, they even performed together.

Band director Natalie Palomo said, “Evening of Jazz is specifically about the jazz band (and choir!), and we play jazz music with a smaller group of kids than a normal band. It is usually more difficult than concert or marching band music. We also serve dinner for a price, so it’s a bit more fancy like dinner and a show rather than a normal concert. It’s one of my most favorite events we do!”

At the concert the band played the songs: Birdland, Viva La Vida, Cole Minor Blues, Megalovania, Straighten Up and Fly Right, I’ll Be Seeing You, Trofeo De Bolos, and Minnie the Moocher. The choir performed: Blackbird, Love is Love, All Star (An English Madrigal), It Don’t Mean a Thing (If it Ain’t got That Swing), Just a Single Voice and Minnie the Moocher with the Jazz Band.

For the Jazz Band the solos, Elijah Daugherty, Easton Beltz, Calvin Zuch, Mitch Van Cleave, and Glen McDaniel all had instrumental solos. Some of which were even improvised. Easton Beltz, who plays the trumpet, explained, “When I did have my improv solos I planned out a general idea of what I wanted to do. But once it came time I just kinda let the music take me.”