Working for the Upcoming Volleyball Season 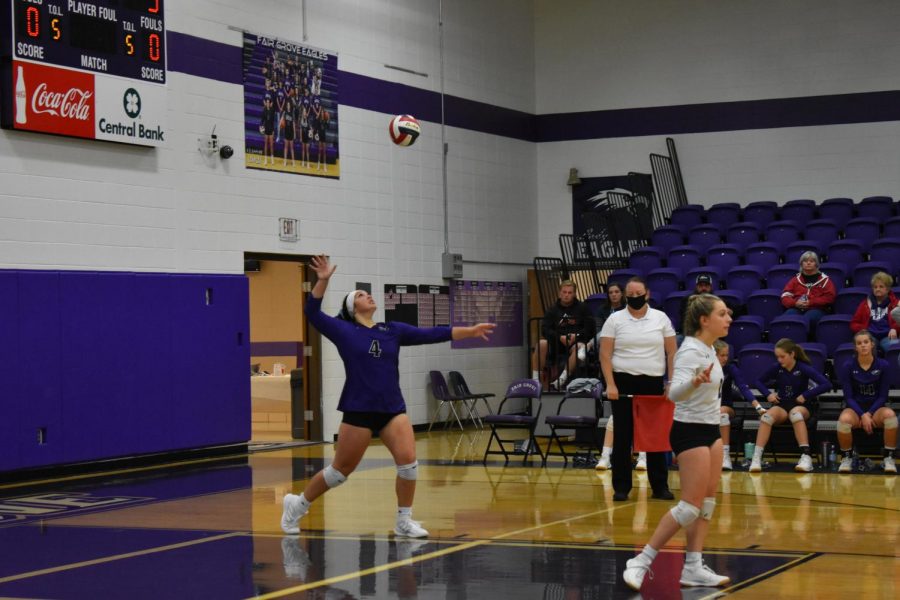 As the school year is coming to an end, all of the fall sports teams are starting their practices for their upcoming season.

Volleyball is starting out their preseason with gym and summer camps. Tonya Peck, head coach of the volleyball team, said, “This summer we are going to be working hard in the weight room. We are also hosting a league here at Fair Grove and attending multiple camps in June and July.” The league and camps will keep the players’ skill in the sport fresh so they won’t have a down season with practices only.

The team will have many familiar faces because last year’s senior group was extremely small with a total of two players. There are several juniors that are looking to be leaders in the upcoming season. Those players are Macee McAtee, Kaci Collins, Audrey Williams, Chloe Reynaud, and Hailey Hulette. These players will hopefully be able to step up and be the new leaders of the team.

There are two returners next year who have received All-Conference and/or All-District honors, these players are Kameron Green (10) and Allison Findley (9). These two players will hopefully be able to guide the underclassmen. There are also a handful of underclassmen who have stepped up and will hopefully continue to contribute to the varsity team’s success.

The next year’s freshmen group is looking like they will add lots of value to the team. “The incoming freshmen group is a talented group for sure. What I am most excited about is their desire to compete. I believe that they will step up our intensity in practices and will bring some much needed excitement to our court,” explained Peck.

The goal for next year is to improve the culture behind the team, improve the environment and make the team more like a family like it has in the past. The other goal is to make the players want to be committed to the sport and boost the desire to compete for the school.