Mr. Crutcher Outside the Classroom 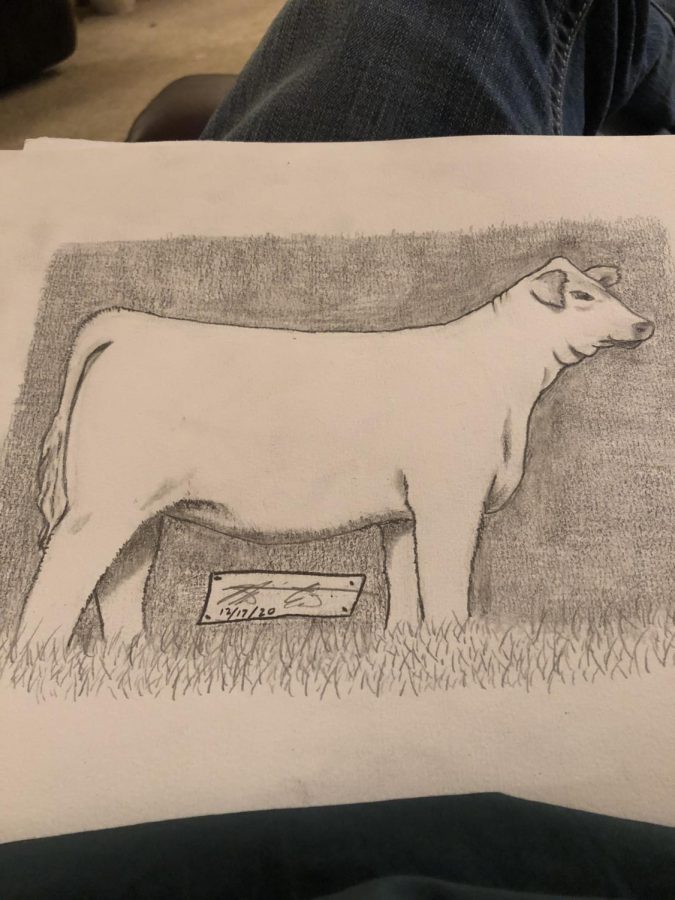 Illustration of a cow by Matt Crutcher.

Fair Grove Schools has several teachers that do many interesting things on their own time. Matt Crutcher, Agriculture Teacher, is one of them with many hobbies outside of school.

Crutcher explained that he lives with his family on a farm. It takes a lot of work to take care of the animals. That work includes waking up early and sometimes going to bed late. He went on to say that he judges livestock shows around the United States. He described, “I have traveled across the country; this past year I have judged the Houston Livestock Show and Rodeo in Houston, TX and the National Cattlemen’s Congress in Oklahoma City, OK.”

There is a lot that goes into judging livestock. Crutcher shared, “I primarily judge cattle. When judging cattle, you are placing animals in order of which ones most meet industry standards for either breeding animals or meat animals which will ultimately go into the consumer.”

Crutcher’s activities outside of the classroom include more than judging livestock. He stated, “I own a video production company that produces livestock videos for online auctions, so I travel a lot and spend most nights on a computer editing and uploading.” With that being said, that takes a lot of time and work.

When Crutcher finds free time to himself, he likes drawing and art. He typically draws sketches of animals and other things that are similar.

Crutcher is a busy man with a lot of work and effort in and out of school, whether that be judging or taking care of his own animals on his own farm.