To Beginning to the End of Girls Soccer Season 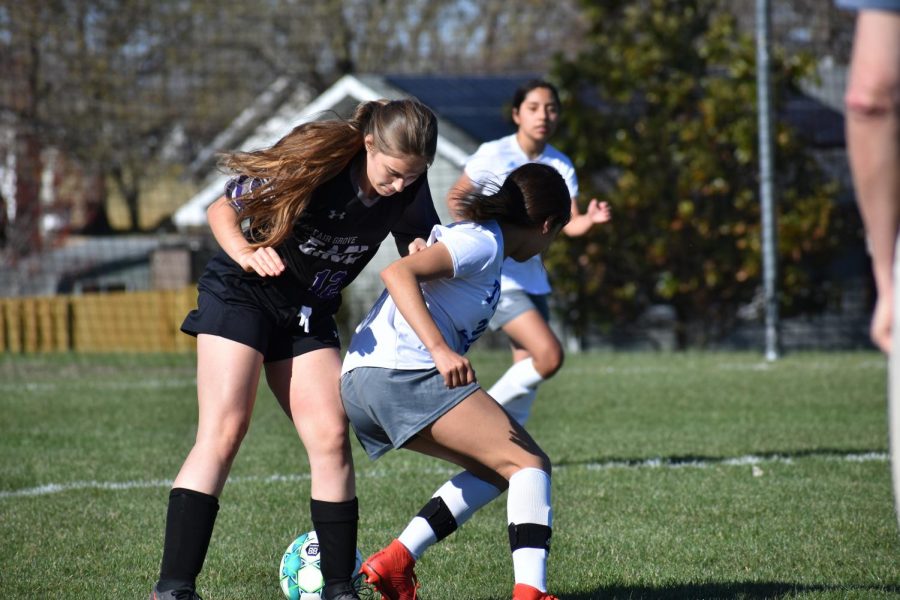 On May 17th, the Fair Grove girls soccer team will play their district games. The soccer team has lost a few essential players due to injuries, so many of the underclassmen have had to step up.

Bailey Richardson (12) stated, “As a team, we have struggled with injuries with some really essential players such as Anna [Newlin] (11), Gracin [Wood] (12), and RayAnn [Hupman] (10). However, we had underclassmen step up and fill those missing positions nicely.” Richardson is currently the only senior playing for the team, so many underclassmen are having the opportunity to play varsity games. Richardson said, “This year has definitely been full of struggles for our team, we basically have two years of members who have never played due to our soccer season being cancelled last year.” Haley Stallings, the team’s coach, added, “I would say injuries and consistency. There hasn’t really been a time we have had a full roster due to injuries and various things.”

Being the only senior on the team currently able to play, Richardson has filled a large leadership position within the team. Richardson added, “I think my leadership skills have improved just because I have had to step up as a captain and a senior. I have to guide players, help run drills during practice, and encourage good sportsmanship out on the playing field.”

The team joins together to practice everyday after school. Stallings commented, “Our practices are pretty standard. We do our agility and warm up. Next we address any skills that seemed to be lacking or need extra work from the previous games.”

The team’s season hasn’t gone as planned, however the team has grown a lot due to the fact that the pandemic removed last year’s season.

Isabella Hammonds is a Sophomore on the soccer team that has been pushed up to play on the Varsity team. She expressed that her biggest struggle this year has been, “Keeping a positive mindset and still having an urge to play soccer. Our team is really bad about not keeping our heads up which makes it really hard for me to give 110% when my team is only giving 15% as a whole.”

The team has gone through many hurdles such as injuries and lack of players. However, they have persevered and grew exponentially. Stallings expressed, “Growth is our main goal this season and I would say we have accomplished that.”