Football Boys Shave Their Heads in Remarkable Display of Selflessness 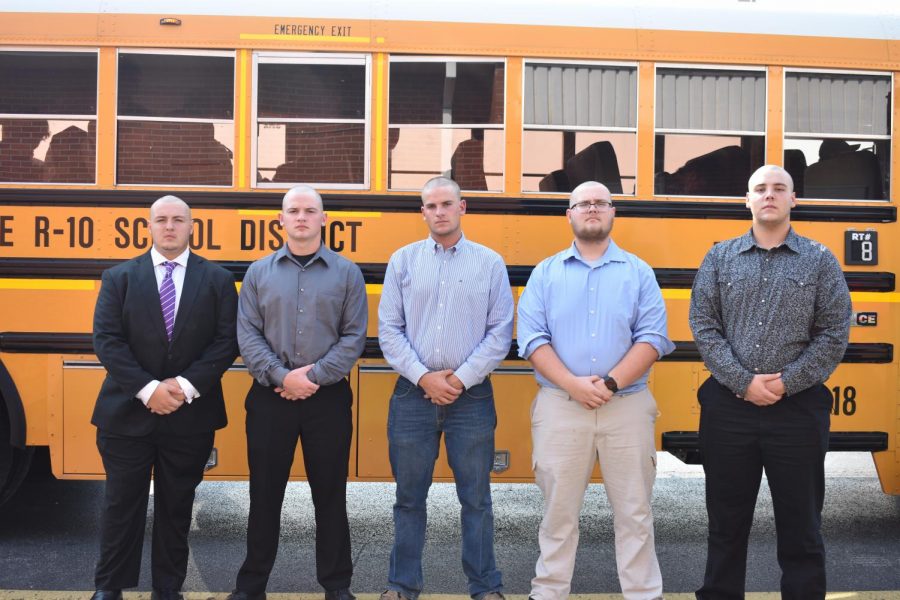 Calvin Zuch, Will Mcmains, Lucas Crutcher, Elijah Daughtery, and Kord Adams after shaving their heads in support of Lyndsey Morales.

In a beautiful display of small town unity, football players from Fair Grove High School traveled to Skyline High School to shave their heads in support of a Skyline Elementary student battling cancer.

Zuch explained how the idea happened rather quickly. All the football boys were sitting together at lunch and were approached by Kyle Fritts. “Kyle walked up to us and said that we need to shave our heads for a little girl that has stage four cancer. He wanted all the lineman to shave our heads for her,” Zuch said. “Without hesitation, most of us were on board and ready to do that for her.”

The football players all felt an array of emotions at the thought of shaving their head, but all seemed to understand that this wasn’t a task they were doing for themselves. Zuch shared, “The car ride there was pretty emotional. I knew I was going to miss my hair, but then I remembered that this had nothing to do with me and everything to do with that little girl. When I came to that realization, then it wasn’t a problem for me.” Zuch went on to explain that while cutting his hair had postponed his senior pictures, there are several positives to the change. “It’s much easier to wash our hair and it’s a lot cooler outside,” he added.

McMains revealed that he had lost family members to cancer, so the decision to shave his head in support of Morales was an easy one to come by. McMains elaborated, “I figured this was a good way for me to show my support for this girl and her family. Also I felt like I had to because my Papa Dan had died due to cancer.” McMains explained that he felt a tremendous feeling of self pride in doing this activity in support of something that has affected his family so thoroughly.

While McMains told how he now strikes out with the ladies and Zuch explained that sunburns are inevitable, both boys are certain that these are factors that seem quite minuscule when compared with Morales’s struggle.