Fair Grove Volleyball is Served a Loss Against Strafford 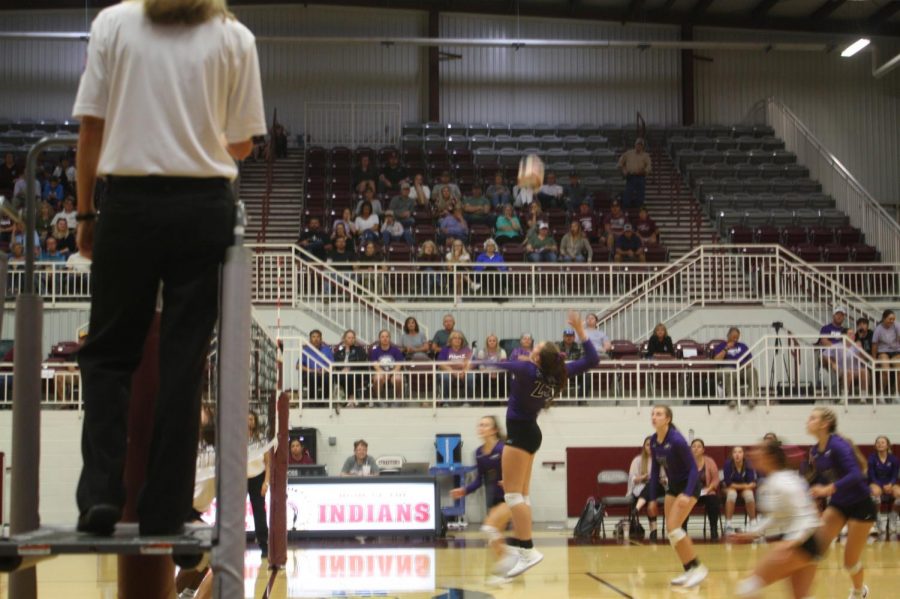 Kameron Green spikes the ball in the second set of the Strafford vs. Fair Grove volleyball game on 10/7.

A little over halfway through their season, the Lady Eagles have a record of 5-11-2 with the most recent of which coming from Strafford. “We have had an exciting start to the season. We have played in some very close matches with some of them going to 5 sets,” stated Tonya Peck, head coach of the Lady Eagles. “We are continually getting better each week and I’m looking forward to the progress that we are making.”

The players have been getting ready to face their rivals for weeks. “To prepare for our big rivalry game, we work hard in practice everyday, fine tune our imperfections in the games, and continue to build a great team atmosphere,” explained Macee McAtee (12).

On Thursday, Fair Grove’s varsity team lost one to three in a four set game. “We were able to pull out a win in the third set by working together and communicating well with each other,” said Kameron Green (11). “We are a young team and although we are moving in the right direction, we need to start putting everything together and pulling out more wins.”

Junior varsity lost both of their sets against Strafford while The Lady Eagles’ C-team ended up winning in their one set game. The junior varsity team, prior to the Strafford game, has had an undefeated season, winning five out of five of their games.

Though Fair Grove has been improving their work at the net, the Indians are always a tough match for them. The Lady Eagles have recorded losses for the past few years in a row against Strafford, with last year losing three sets in a row.

Coach Peck added, “I am a firm believer in this group of girls. They have already shown that they have a lot of drive and a competitive edge that we were missing last year. I believe we could have a great second half of our season!”

The next time The Fair Grove Lady Eagles play will be October 12th at home against New Covenant Academy.