Dance For The Days 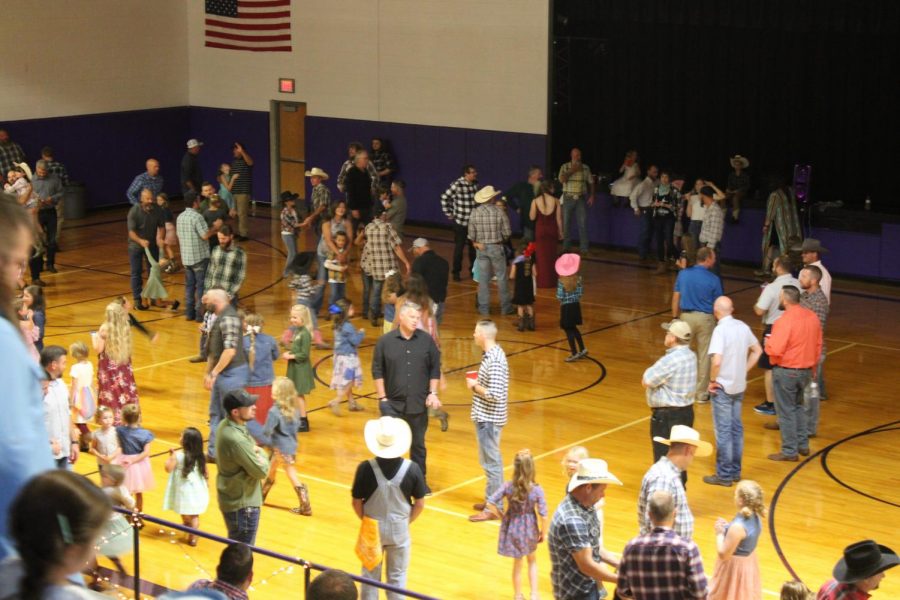 The Father Daughter dance takes many months of planning. According to PTO member, Tilby Workman, “The committee chair for this event is decided in May of the previous school year. They choose the theme and work with a committee and the board members to decide details. This year planning started in August before school started.”

Every year the dance is themed and for this year’s theme they chose to have a hoedown. Hats, boots, and jeans were common attire for this year’s dance. They offered snacks such as cookies, fruit snacks, candy gummies, and a variety of others were provided and distributed by staff members. Beverages were also given to the guests of this event. There were also backgrounds for photos and lots of dancing for all ages of people.

This event was meant to make sure everyone enjoyed their evening and featured happy, upbeat, dance-along music as well as slow dance songs for people with different tastes and of different ages. More serious songs, songs from Disney movies, throwbacks and some of the most listened to music of today were also played.

The PTO and planning volunteers orchestrated a way to include a dance lesson during the dance for those who didn’t previously know how to dance a hoedown. These lessons were taught by Kristen Strickland from the Elevation Studio in Fair Grove.

“I chose the hotel throw-down because it’s super silly and fun and it will give all of the daughters and dads a good fun experience,” stated Strickland. People at the dance were given the opportunity to learn a new dance with her help. “I hope I get to teach another theme routine next time. That would be super fun. I loved it,” exclaimed Strickland.

Due to COVID-19 they had to take several precautions. The people planning this event decided that snacks and supplies were to be handed out by volunteers and staff members. The snacks were packaged and untouched for guest and staff safety. The setting was also a key factor because they needed somewhere big enough to hold all the people and their previous plans had fallen through due to weather. They ended up choosing to host it in a big enough area that there was enough space for everyone to spread out.