The Season that Outlasted the Others 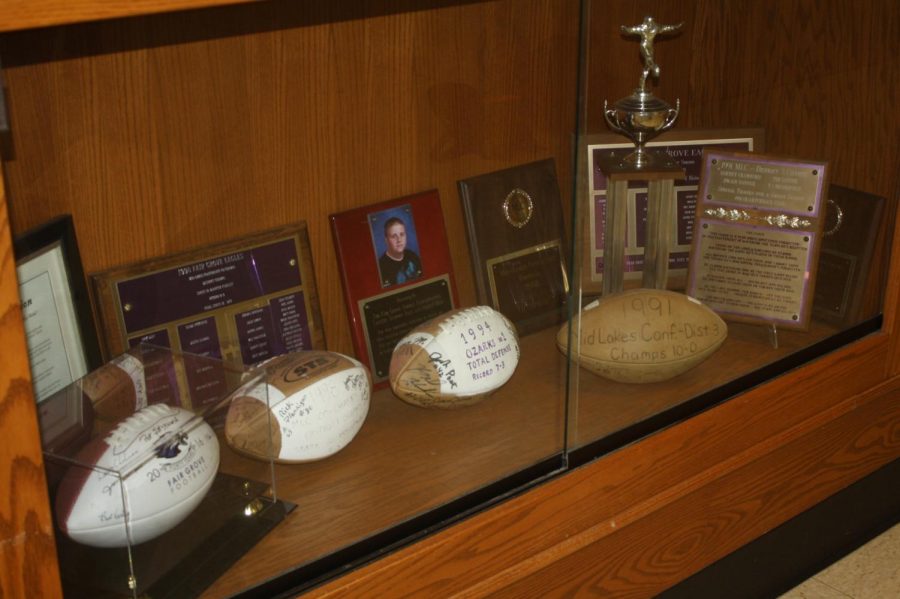 There is no doubt that the Fair Grove Football Program has had a long line of winning streaks; one season that stood out in particular is that of 2008 – 2009.

The 2008 season for Fair Grove Football, according to maxpreps.com, has been recorded as Fair Grove’s best season for football.  The team was coached by Jason O’Neal. The season topped out with a record of thirteen wins and one loss, that puts the season out with a 93% win ratio. The one loss happened to be the one that counted the most. Fair Grove lost to Maryville in the fourth round of the playoffs, snatching it’s placement for state.

Jeremy Faubion, a history teacher and wide receiver coach for Fair Grove, started his year at Fair Grove at the beginning of the 2008 season. Faubion shared, “In 2008, Fair Grove Football had a group of extremely competitive young men. They had great habits in the weight room and they were tough. They played together like a machine and were especially good up front in our line.” Faubion explained further, “We had good athletes at every position and lots of leaders on the team. Obviously, Caleb Schaffitzel was a once in a lifetime player, who held numerous state records. The biggest thing is that they were all brought together, they were selfless, and they believed we could do something special here at Fair Grove, and we did.”

Currently in Fair Grove, Bill Voorhis is the head coach for the football team. Voorhis joined Fair Grove in 2014 and has been here ever since. Voorhis stated, prior to the ending of the 2021 season, “In the time here, I believe the best season since 2014 has been the 2021- 2022 season. Although it hasn’t finished yet it has been a year of great young men putting hard work and dedication to Fair Grove’s Football program.”

Over the years, Fair Grove’s Football team has had a tremendous impact on the school. Voorhis explained, “The amount of kids we have bought into the program this year is amazing. The support from the student section and the Fair Grove Band at games has also been a real source of pride for me and the football program.”