A Further Look At What Goes On Behind The Counter 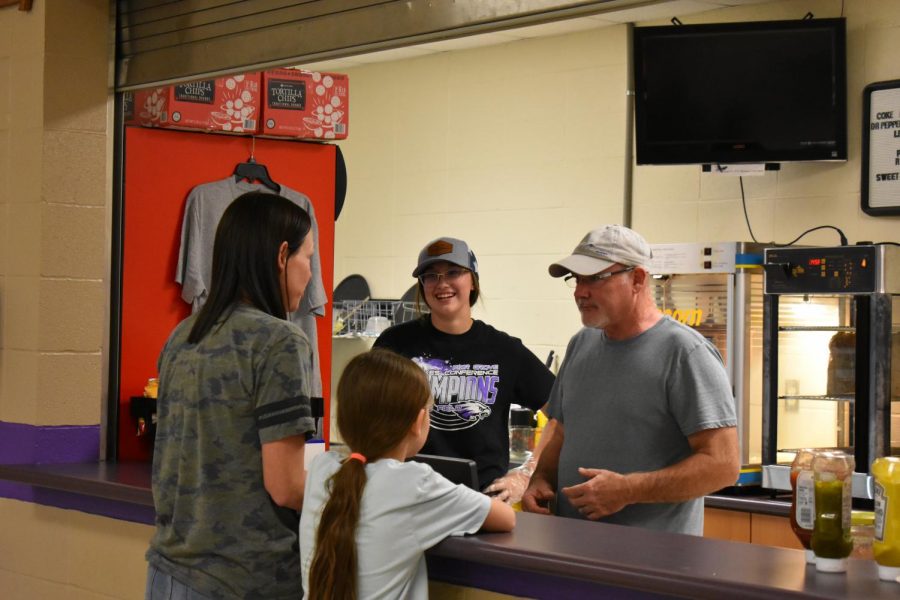 At the end of the 2020-2021 school year Joy Reynaud asked Kelly Muncy if she was willing to take over and lead indoor and outdoor concessions. Kelly explained, “[we] gave it a try during the baseball and softball season and really enjoyed how running the concession allowed us to become better acquainted with the students and their parents!”

Along with any other situation where you are serving food, it can be a lot to handle as well as very hard work. “Our goal is to arrive 1 hour prior to game time for each sport to have all of the cooked menu items prepared and ready to sell. We keep the concession open until very close to the ending of each sport. We’re busy cleaning towards the end of the night and restocking the drink coolers so that we’re done and walking out 30-45 minutes after the games are over…” Kelly shared.

Bryleigh Mays (10), who had just began working in the concessions about two years ago, shared, “On game days I work 3 to 4 hours. It does depend on the sport because in basketball you have a set time on the games and when they will be over. Volleyball lasted until 9:30, When I work basketball I get home around 8:00.”

When indoor concessions switch to serving for different sports seasons there are going to be some conflicts with what foods to serve and how to serve them. Muncy stated, “it’s a few menu items that are changed. During baseball and softball seasons, we have access to an outdoor grill to cook the perfect charbroiled hamburgers and hotdogs! During volleyball and basketball seasons, instead of grilling hamburgers, we’re planning to provide pulled pork sandwiches and nachos.”