Dribbling Onto the Court for the New Season 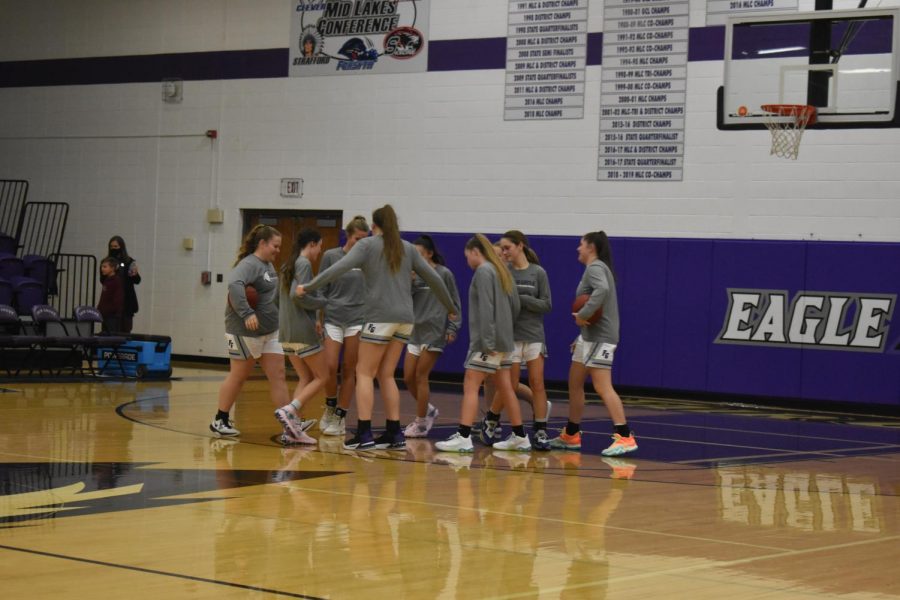 The team is led by Jenny Talbert, a health and physical education teacher at Fair Grove, as well as being the girls basketball coach. The team played in three six minute periods for each game, and of the six total periods they only lost 1 of them.

Talbert mentioned that she was happy to have people to play against that were not girls on the Fair Grove team. Talbert also said that she is, “…excited for everything about this season. I feel like we will surprise some people this year.”

Talbert also expressed that she thought the girls played really hard and showed a lot of energy. Bradi Weaver, the lone senior of the Fair Grove Girls Basketball team, also said that she enjoyed the amount of energy that was created not only on the court but also the energy on the bench.

Weaver stated, “I am excited for this season because we have a lot of new freshmen that are coming in and are bringing a ton of energy with them which has made practices and games more fun and has brought us all closer.”

Weaver has brought up that she is particularly excited to play against the Strafford Lady Indians and believes the Lady Eagles have a shot to beat them this year.

Talbert has mentioned that she is excited to play some state ranked teams this year as well. She feels that this group of girls is very competitive and is anxious to see how the girls will play against those teams. She also stated that she believes that if each player, “…accepts their role and brings their strengths to the court, then we can be very successful.”

The team set goals for themselves and their season at a recent annual team meal. “We definitely have aspirations of winning districts and conference,” Talbert has shared. Weaver voiced that another goal the Lady Eagles have set for themselves is to win against teams they lost against last year.

Weaver explained that no line up has been set yet for the Lady Eagles and it is always a possibility for it to change throughout the season.