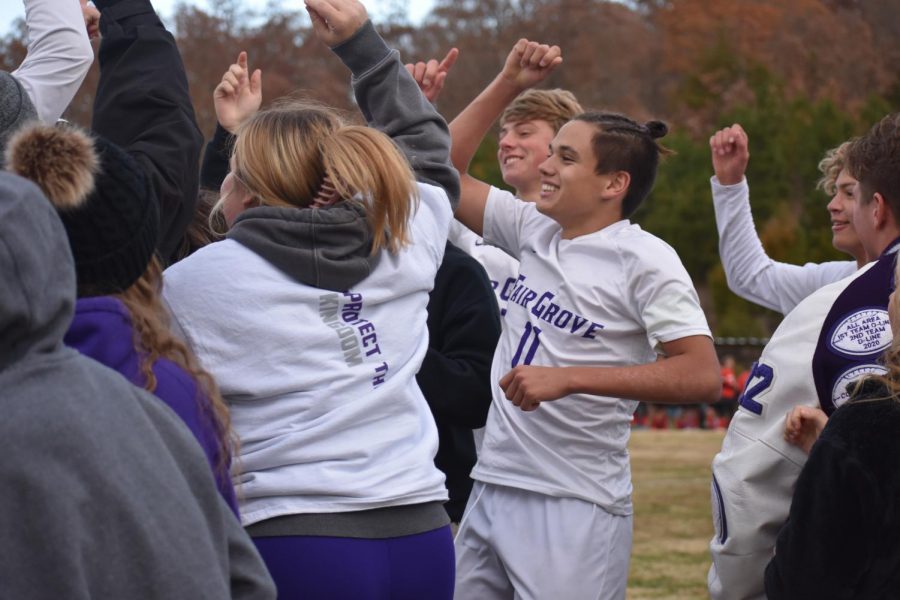 The pep bus allows students who may otherwise not be able to find a ride to these big far away games the opportunity to participate and cheer their team on.

Fair Grove sends a pep bus to many other sports big games. A portion of the Fair Grove student body participated in a bus brought to Lamar, Missouri for the Football District Championship on November 12, 2021.

Sophomore Savannah Ipock who attended the game said, “I feel like having a lot of the student body at this important game made them feel really supported.”

Sophomore Brandon Kandlbinder, a member of the soccer team stated, “I believe it had a good impact on us. It showed the team that no matter how far we were from Fair Grove, people would show their support.”

Kandlbinder stated that this was the biggest event that has happened since he has been in the program. He continued that the team was well aware of the difficulty of the competition they were going against, “We gave it our all and tried for the best.”

Ipock stated that having that large of a student section really brings the energy in the players up and encourages them to play just a little harder. She continued that while she would have hoped for a win, it was still great to get to witness the soccer team playing at the state level.

Overall the soccer season was a success, after a tough season last year the team pulled together to excel later in this season. The boys managed to finish the year placing 4th at state, making this the 2nd time Fair Grove soccer has placed in the top four at state.