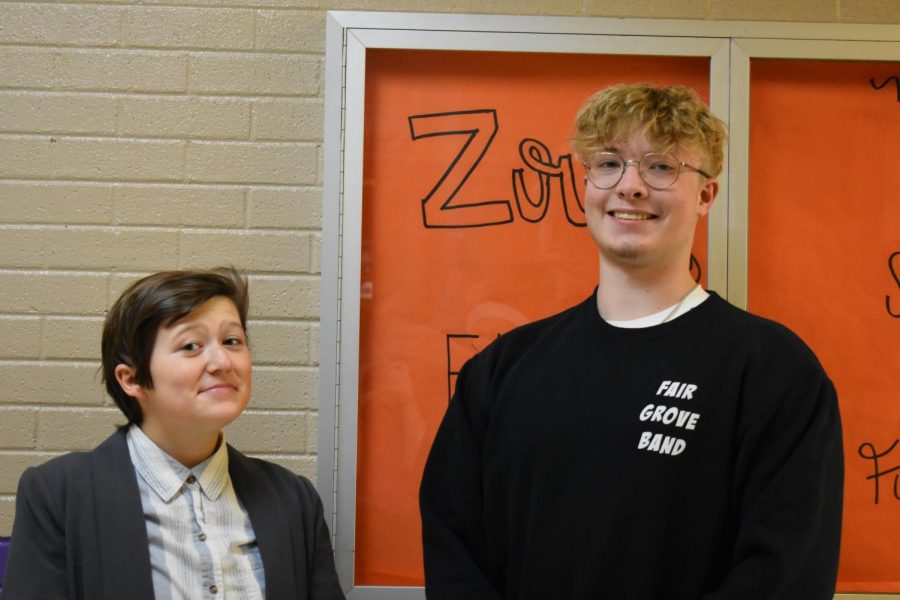 Hamp (12) auditioned for state playing the clarinet. Hamp explained the audition process, “We played a chromatic scale, two to three major or minor or melodic minor scales, and as many etudes that the judges ask for.”

State and district auditions have many similarities, one of which being that they are blind auditions. This means that the judges face the wall instead of the person who is auditioning. Another similarity is that the auditioner may speak to the room monitor, but may not speak to the judges themselves. However, Hamp revealed, “The biggest difference between state and district was that districts had a set time for your audition, while state allowed you to sign up for your own time.”

Hamp prepared for his audition by practicing for one to two hours a day. Hamp verbalized, “My practice would always start with my chromatic scales, then I would spend the rest of the first hour running through my scale, after that I would finish with my etudes.” He added, “I taught myself the circle of fifths to help my memorization of scales. I set up my practice like this to mirror the audition process.”

Hamp advised, “I would highly encourage anyone who is remotely serious about band to audition for districts. Although it is intimidating at first, once you start to practice a little more than normal you will see progress skyrocket.” He commented that once you put proper work into your music, there should be no reason why you aren’t proud of the outcome of the audition.

Alivia Kimbriel (12) auditioned on flute. Kimbriel commented, “I practiced the etudes fully and tried to add more emotion to them. At a state level, it is assumed we will play notes and rhythms almost perfectly. There has to be another level of musicality at state.” There were over 100 flutes at state; Kimbriel thought it was very chaotic.

Kimbriel mentioned, “We had a long drive back. Palomo, Nicky, and I talked almost the entire way home about the most random things. It was a great time and I’m very grateful I was able to experience it. I didn’t get the chance to go last year and had not made it any other years.”

Kimbriel said, “If you want to audition for districts or states, practice your scales. Play the music slow before you speed it up. Most importantly, start auditioning as an underclassmen. Give yourself time to have bad auditions, especially if you struggle with nerves like I do.”

Kimbriel has improved her flute skills over the years. She didn’t make districts her Sophomore year, but made seventh chair during her Junior year. This year, she succeeded in achieving fourth chair. “I have grown so much and I could not have done it without Palomo. She has supported me and helped me throughout the past three years,” Kimbriel expressed.

Band Director Natalie Palomo verbalized, “I’m very proud of them, it takes a lot of hard work to get to the point where you’re even eligible for auditions and they showed up and gave it their all. That’s an experience not everyone gets.”