Live and in Concert 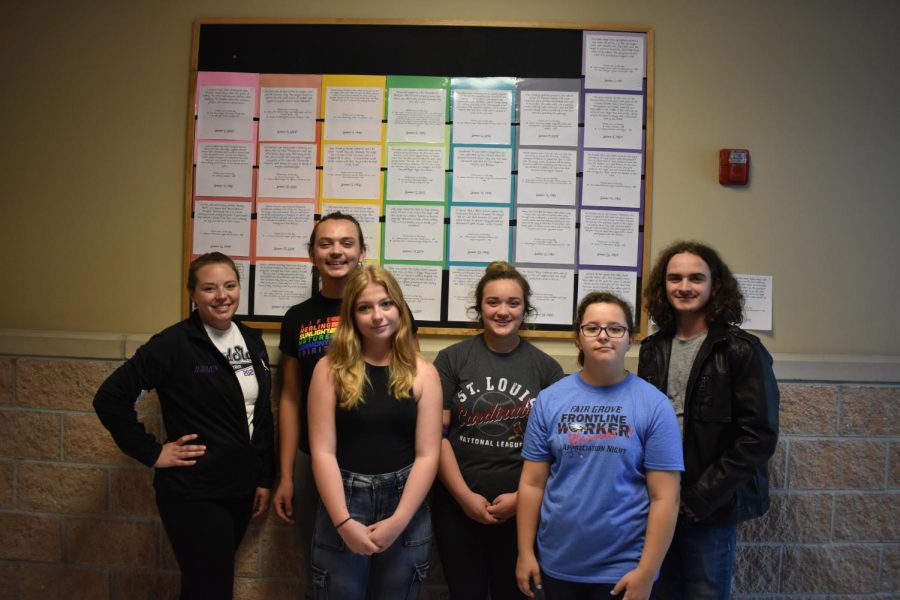 The Fair Grove Choir had a concert on December 10 in the high school gym at 6:00pm; they will also be caroling in the hallways of Fair Grove Schools on December 21.

The choir consisted of five seniors: Matt Cockroft, Carter Emery, Easton Beltz, Aeryn Maskew, Torii Dugan, one junior: Shanda Hills, and two sophomores: Hadison Wingo and Hannah Bruner. The choir has been practicing for quite some time for their concert. “We have been going over the music with Mrs. Harmon and going to the cafeteria to practice what the performance will be like,” stated Torii Dugan.

The concert would consist of a variety of musical pieces. Hadison Wingo explained, “We are performing a Nigerian Christmas carol called Betelehemu, It’s So Still In Bethlehem, a piece called In Dulci Jubilo, multiple different regular well-known Christmas carols, and our song we sing every year Night of Silence. My favorite song is probably Night of Silence because it’s so calming and the music is so soft I just love it. It’s also a tradition to sing this song every year at our Christmas concert.”

“Performing for any event takes time and effort from everyone involved  to go smoothly, Mrs. Harmon plans the events and we all practice everyday and memorize what we learn. When we all know how to sight read it’s much easier to learn the basic sound of the songs and learn them faster,” Dugan explained.

When being included in the choir, you need to be able to hear yourself along with the rest of the choir. Dugan also said, “Personally if I’m struggling vocally I’ll practice a bit in my spare time; I can always sight read the music if I’m not sure of how it should sound. As a choir, if there’s many of us having an issue we will go over that part a few times to get it down then practice adding the other parts until it’s correct.”

Dugan explained, “When we carol through the halls my favorite part is singing with everyone. My sophomore year the teachers could pay for us to come carol for them and their classrooms and I thought that was very fun. I don’t have a least favorite part. I love it all!”

It takes hard work and practice, but the Fair Grove High School Choir is certainly put in the necessary work to make their concert a success.