Making The World Better, One Treat At a Time 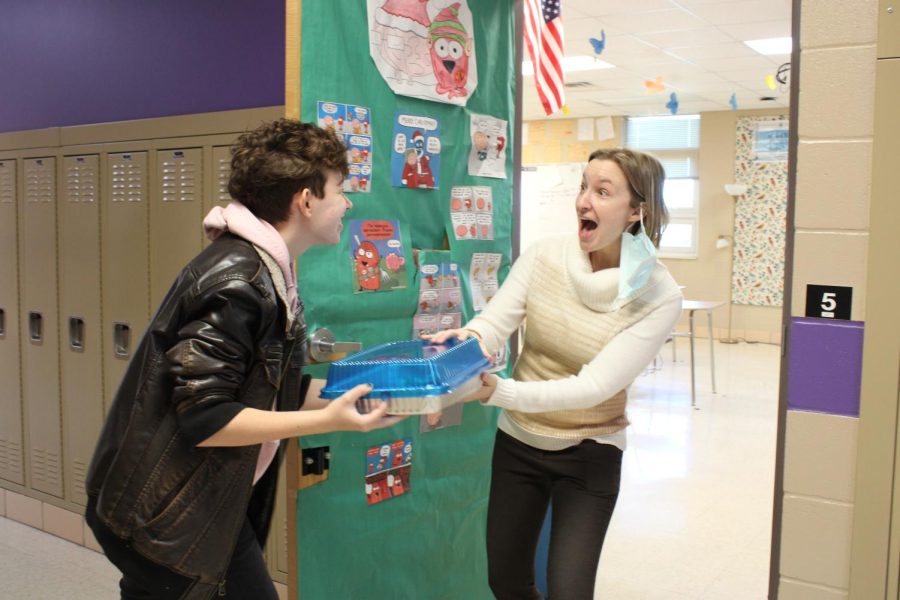 Helenann Huffman, a senior at Fair Grove High School, shares her expertise in baked goods with family and friends, in honor of a friend.

Huffman brought home-made treats to school for family and friends this holiday season. Huffman said, “This year I added a few new treats and included some old classics, things that stay the same would include the fudge and peanut brittle.” Huffman explained that there are also treats like kettle corn and gingerbread which she has been making for years. Huffman also tried something new, peppermints with a twist, these candies were soft instead of hard and were sprinkled with caster sugar.

Huffman explained the reason behind her seasonal gifts, “The reason I do this starts with the woman who introduced me to baking, my neighbor Judy, an elderly woman who babysat me when I was young. Each Christmas she would make a large platter of baked goods and would pass them out to her friends and family.”

Huffman also elaborated, “I’ve been interested in baking for as long as I can remember, back to using real eggs and flour in the mud pies I would make as a toddler.” Since then Huffman has taken several culinary courses and only makes home-made goods from scratch; she even plans to be a baker in the future.

Huffman added that after her neighbor Judy passed away, all of her cookbooks were given to Huffman. Now, in honor of her dear friend, Huffman remakes the treats from the cookbooks and also will, “Hand them out to my friends and family in her honor. This is the second year I’ve done this, and each year I take a picture to send to her husband Chuck who is still a dear friend of mine.”

Huffman gives treats to an assortment of people she knows, “I always include family friends and personal friends of mine, as well as teachers who have influenced my life in some extreme way.”

“On top of that I aim to give a platter to each one of my current teachers to show my appreciation for being in their class,” Huffman added, “and hopefully to get some extra credit before semester grades roll in.”

Mr. Florez, a teacher at Fair Grove and Huffman’s taste tester said that, “All of the snacks are awesome, but the peanut brittle is definitely my favorite.” Florez also added that he loves the way Helen uses her skill in baking to be a positive influence for people around her, “What a cool way to make the world a little bit better.”

When asked about Huffman’s cause, Florez added “It’s totally a super sweet way to keep someone’s memory alive and to honor them. We should all be so lucky as to have someone remember us and do something positive in the world, in our honor.”