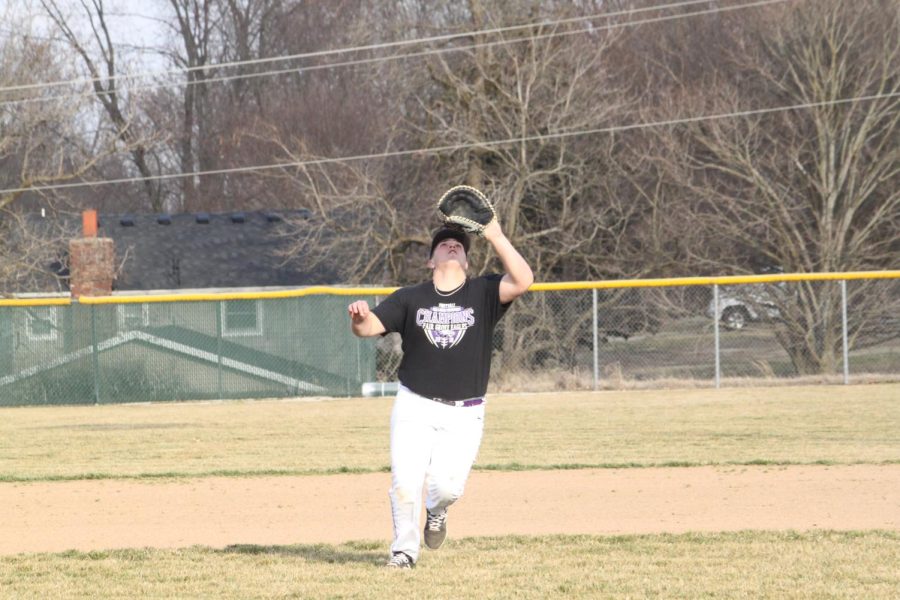 This is an exciting and stressful time of year for many baseball players. Landon Taylor (11) is keeping his cool. Taylor stated, “I am not nervous for tryouts because I have the confidence and know what I can give to the team.” Tryouts determine who will play, and the numbers that team will have.

Under the direction of Coach Overstreet and Coach Kauffman, the baseball team this year is preparing for a tense season. Tryouts are an important part of developing that team. Carson Krider (9) explained, “Tryouts are important because you don’t want to have someone that’s not good on the team. They hold you back.”

Everyone approaches tryouts a little differently. Some know what to expect. Taylor said, “Tryouts will consist of how well you can do the tasks to the best of your ability. I think that tryouts will be about the same as last year.” He also mentioned the possibility of tryouts being a little different this year.

There are also many new faces on the team this year who don’t know what to expect. This can be especially nerve wracking. However, after experiencing it for the first time, some realized it was less daunting than expected. One of these new players was Krider, who stated, “Our tryouts were pretty much just a normal practice. This is my first year playing high school baseball so I don’t know if it’s the same yet.”

The results of 2022’s baseball tryouts are in. There will be a JV and a varsity team. Out of thirteen people, eleven made the team. This does not include those who were involved in winter sports and could not attend tryouts. Many students from the basketball team, including Andrew Faubion (12), Logan Daniels (12), and more, were a part of this group.

Offseason helped prepare the players at baseball tryouts. Apart from physical conditioning, they worked on necessary skills. Taylor stated, “I have prepared for tryouts by hitting, working out, and doing defensive drills. I think that off-season has prepared me a lot for tryouts.”

“I’ve prepared for tryouts by throwing a baseball daily. Off season has really helped me get my arm loose and to get some faster throwing it,” Krider explained. Tryouts assess many different levels of skills from speed to throwing. The coaches must keep in mind what is best for the team.

“Tryouts are important because you can see what kind of talent you will have in the upcoming season,” Taylor voiced. Fair Grove’s baseball team has a glimpse at what their season could be this year. With the confidence they have already, going forward a clear path to success may be possible.