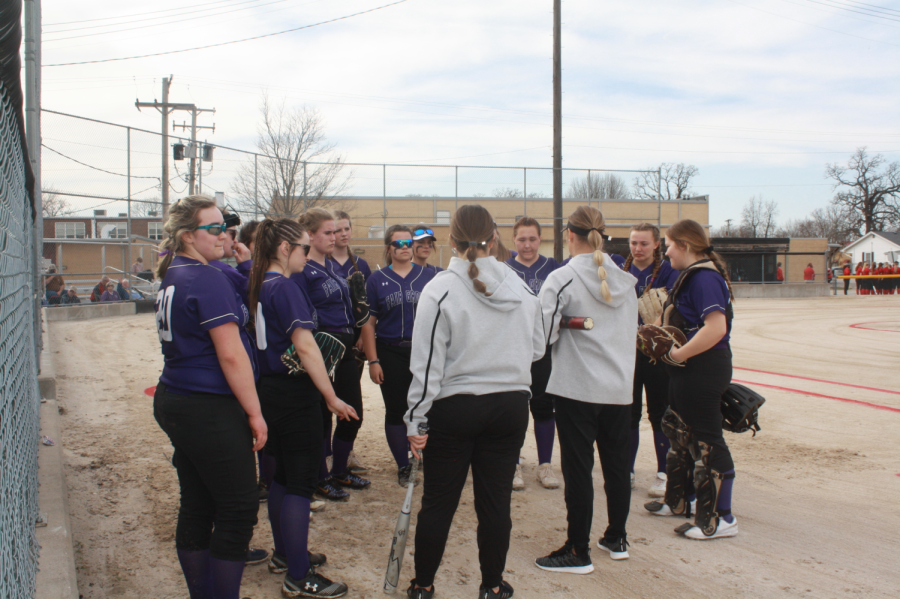 The Fair Grove Lady Eagles Softball team began their season with their jamboree. It was held at Ash Grove on Tuesday, March 15th with Head Coach Tara Whetzell and Assistant Coach Jordan Coddington.

The team has been working continuously for the 2022 season and they are ready for their work to start paying off. During winter, they attended off-season workouts and participated in open gyms day after day. The girls had been coming in early, staying late, focusing on the fundamentals, and getting prepared for game day.

After losing Seniors Autumn Worth, Kaylan Worth, and Morgan Kern, the team has been learning how to fill in the open positions. Hannah Morris (11) shared, “The 2021 seniors all played huge roles for the team last year with their leadership on and off the field, and although they will be missed I think the upperclassmen have done a great job at learning from their leadership and filling those leadership roles preparing us for this season.”

The bump in the road with three seniors leaving hasn’t been the only roadblock they’ve had this season. Bradi Weaver (12) explained, “During the beginning of the season the most challenging part for me was the fact that I and some other basketball players started the season late because of basketball districts. It was challenging to just jump in and know exactly how things were being done but we have some great teammates that took the time to make sure we all knew exactly what to do.”

Morris added, “The most challenging part for me is just adjusting from our off-season practices 3 times a week to our everyday practices and the physical and mental challenges of the first week of the season.”

The team played in their jamboree and knocked it out of the park. The first game they played against Stockton they won with a score of 6-1. The second game they played was against Ash Grove and they lost with a close score of 4-8. Morris stated, “Our Jamboree went really well although we did make some silly mistakes, we worked on those at practice this week and based on our Jamboree performance as a team I believe we will have a successful season this year!”

The team took the loss at the jamboree as an opportunity to learn instead of letting it bring them down. Weaver shared, “My teammates and myself learned that we still have things that we need to work on but we also learned that if we keep our heads up and continue to work hard we will have a very successful season.”

The Softball team has worked hard for this season and expects it to be a good one. Their next home game is Wednesday, April 6, 2022 against Pierce City.