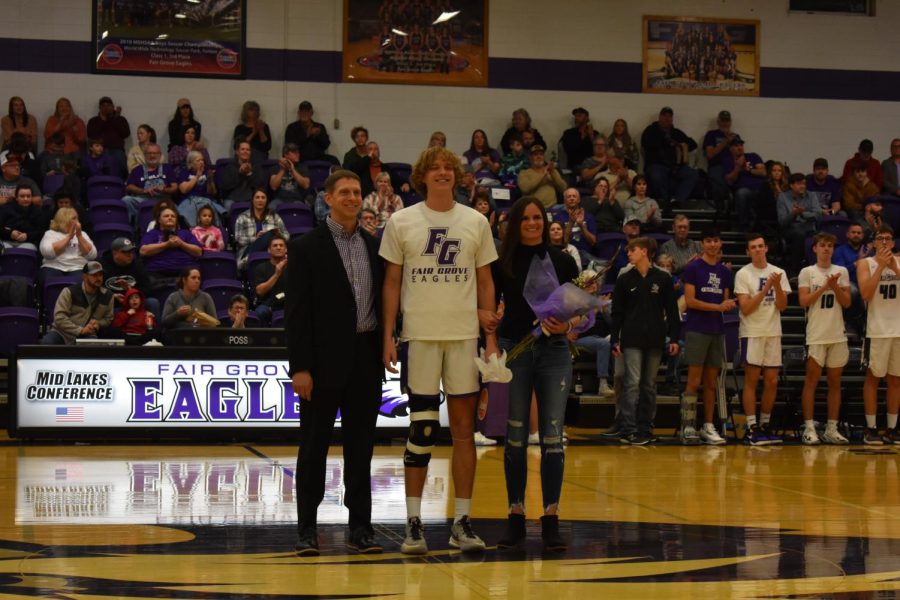 Devin Carroll (12) has recently been selected for the 2022 All State Basketball Team as a result of his dedication and hard work to his team and the sport.

Every year the Missouri Coaches Basketball Association (MCBA) selects certain boys and girls from the basketball division of Missouri State High School Activities Association (MSHSAA) to be a part of the All State Team. These athletes are chosen from their immense efforts and dedication to the sport of the team. They choose the players that represent character in and out of the sport and use statistics from the contenders past high school seasons when making their decision.

Over the years, Fair Grove has had its fair share of athletes who have made All State for a wide range of sports. This year in particular, Devin has been selected through his dedication to his fellow teammates and to his future attendance for a possible basketball career. Devin stated, “It was a huge honor to make All-State. I focused first and foremost on the success of the team but it felt good to get awarded for my personal accomplishments. I’ve been very blessed to be able to play a sport that I enjoy and pour countless hours into it. It’s been really amazing to see the unseen hours pay off and to know that my hard work has not gone unnoticed.”

Brendan Carroll, a History teacher at Fair Grove and Devin’s father, explained, “I’m incredibly proud of Devin being named All-State. I’ve spent a lot of extra time with him in the gym and he has spent even more time on his own working on his game. Seeing him reach the level he did, especially after two knee surgeries, was amazing. He is one of the hardest working, most driven athletes I’ve ever met.”

After a recent return to Fair Grove, Bryan Tucker coached the final season of Devin’s high school basketball career. With the help of Devin, the boys team was able to make it to the sectionals game against Father Tolton Catholic High School. Tucker explained, “I know how much time he has invested. I saw what he had to overcome mentally going through the injuries he had throughout his career. A standout memory of Devin I have is our district championship game where he scored 40 points. It wasn’t that he scored 40, it was that his teammates realized how on fire he was and made a concerted effort to get it to the right guy and played very unselfishly and were happy for him. I feel like this achievement is a great bookend to a great season and career.”

Devin’s high school journey has brought him many different achievements, and it’s all just getting started. He plans to take his lifelong dream of College Basketball to College of the Ozarks to pursue his athletic career.