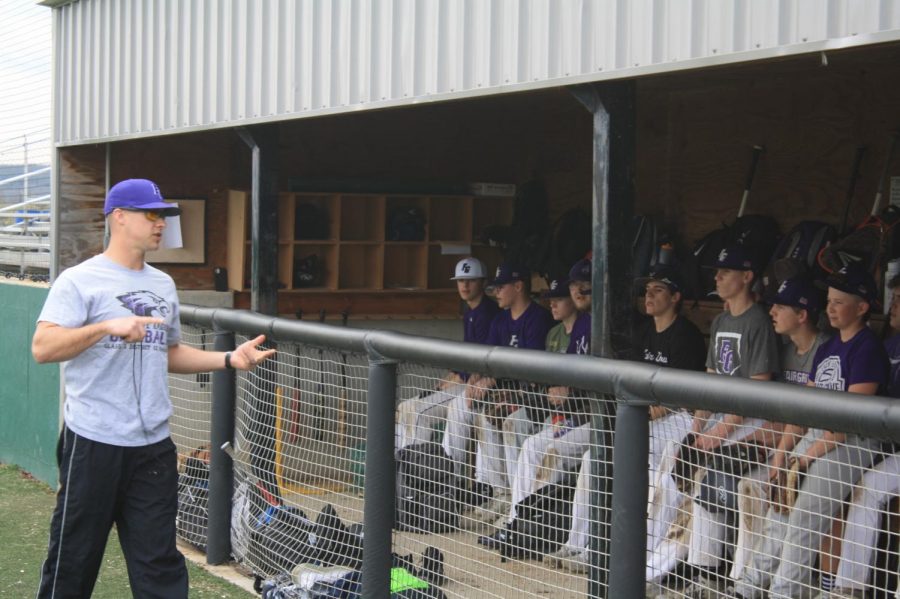 Christian Overstreet, Fair Grove High School’s Assistant Principal of seven years, is stepping up into the position of principal starting in the 2022-2023 school year.

Chris Stallings, current FGHS Principal, is stepping into the new position of Director of Education. The position is being taken by Overstreet, who is enthusiastic about his new role. “I really enjoy my current position and being at Fair Grove so I have not been actively looking to move into a principal position. However, when I found out Mr. Stallings was being promoted, I knew the principal position was something I was going to pursue,” Overstreet expressed. He continued, “Having the opportunity to work with such great teachers is one that I cannot pass up. I am very excited to work with them and build strong relationships that will support and provide a classroom atmosphere that is conducive to student learning.” This position is a promotion from his previous position, which will leave the Assistant Principal position and Athletic Director position open.

Overstreet doesn’t have any big changes planned for FGHS as he moves into his position; however, he does plan on further pursuing the already established academic atmosphere at Fair Grove. Overstreet shared, “I am looking forward to working with our students and getting to know them in a much different capacity as principal rather than assistant principal. We will continue to build upon the strong culture we have, continue to have high behavior expectations for all of our students, and be involved as much as possible with everything our school has to offer.”

As the current principal, Stallings has very positive things to say about Overstreet. Stallings explained, “Mr. Overstreet is a born leader. He has done a tremendous job for our school in his current role,” he continued, “He has a reputation as one of the best Athletic Directors in Southwest Missouri and I know I personally could not have asked for a better assistant principal. He was an easy choice for this position.” As Overstreet worked side by side with Stallings, he has had plenty of time to observe Stallings in a principal position to prepare for this job.

Stallings has been a great role model for Overstreet. Overstreet complimented, “In my time as assistant principal, Mr. Stallings has provided me with many experiences and opportunities that have molded me and helped me mature as a high school administrator. I believe these experiences are invaluable to decreasing the learning curve as I move into the full-time principal next school year.”

The new principal position will be a change for Overstreet, but Stallings is confident that he will do well.

After mentoring Overstreet for so long, Stallings only has one bit of advice for Overstreet. Stallings shared, “The only advice that I have given Mr. Overstreet in regards to this new position is to make it his own. I want him to do things that work for him, not necessarily how I did things. I am excited about seeing what new ideas he will bring to our school.” This advice may be helpful to Overstreet as he takes on the principal role.

As Overstreet moves forward into his new position, he wanted to share a few words with the students. “Fair Grove is a special place and we have to work together to make it the best high school around!” Overstreet exclaimed.

As for the Athletic Director position left vacant by Overstreet’s promotion, Stallings shared, “We expect to begin interviewing and make a decision sometime after Spring Break. Our interview process will involve interviewing 6-8 candidates. Those candidates will be interviewed by a panel consisting of Teachers, Coaches, Counselor, School Resource Officer and Administrators.” The filled positions will be known in the middle of April.